Middle schools have the possibility of a reconstruction or consolidation 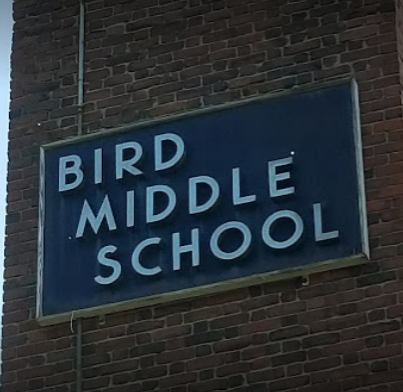 The Massachusetts School Building Authority (MSBA) accepted Bird Middle School into its Eligibility Period in order to receive a building grant. Within the next year, Walpole Public Schools will collaborate with the MSBA to form a project team that will plan to construct a new middle school. If Bird is reconstructed, the town will still operate with two middle schools. However, there is a possibility of building a larger middle school that consolidates Johnson Middle School with Bird. Walpole had entered both middle schools and the high school for this grant for the past three years, but the high school was taken out of consideration this year due to its past renovation in 2002. As for Johnson, they will have to re-apply again if they want a separate building grant.

“The other buildings won’t be left into disrepair, but they won’t have the major renovation like Bird will, unless Johnson is consolidated,” Superintendent Lincoln Lynch said. “Then, they will have the new space too.”

Walpole High School, Johnson and Bird each submitted a Statement of Interest to the MSBA to inform them about any existing deficiencies within each school. Bird’s statement addressed both the educational and structural insufficiencies of the school. Assistant Superintendent Bridget Gough worked to submit Bird’s statement.

“Built in 1961, Bird Middle School is near the end of its functional life, with structural and system deficiencies, a layout that does not support school safety and security, accessibility issues, programmatic requirements, and 21st Century learning,” Bird Middle School’s Statement of Interest said.

The MSBA takes many factors into consideration before accepting a town and its school system into their program; for example, this association is interested in the condition of the school—both its appearance and status of the current academic program. The facility as a whole is examined and MSBA determines whether the building has reached its useful age.

“Instead of all classrooms, you may want joint rooms where students can come from different classes and work together on project-based learning activities,” Lynch said. “You may want to adjust computer labs and create makerspaces to have robotics. The MSBA considers our current academic program and what we want it to look like.”

If the town receives the grant, building project will have to turn into a ballot question. The town taxpayers would vote to decide if they want a percentage of their taxes to go towards funding the renovation or replacement of the new school building.

“A really tall mountain to climb is going to be whether or not the taxpayers fund the building,” Lynch said. “We’re going to have to convince everybody to vote for it because not all taxpayers have kids in the school system.”

Within the state, other schools have benefitted from grants and the creation of new schools. In the past, Natick benefited from separate grants that have allowed them to build a new high school and now work towards a new middle school. Natick received around $110 million from the grants, and Walpole could receive about the same percentage as Natick if admitted into the future stages. The cost of the building is currently unknown, but the grant reimbursement will be between 40-45 percent of the total cost. The town will have to finish the educational plan, enrollment study and formation of a building committee before advancing into the Feasibility Stage. The community will spend time planning and preparing in order to make a decision regarding the education of future generations of children.

“I think it’s a slam-dunk that we will get into the grant program,” Lynch said. “I am highly confident.”