Taylor Swift Releases New Single and Music Video for “ME!”

Swift collaborates with Panic! at the Disco’s Brendon Urie to introduce a new era of music 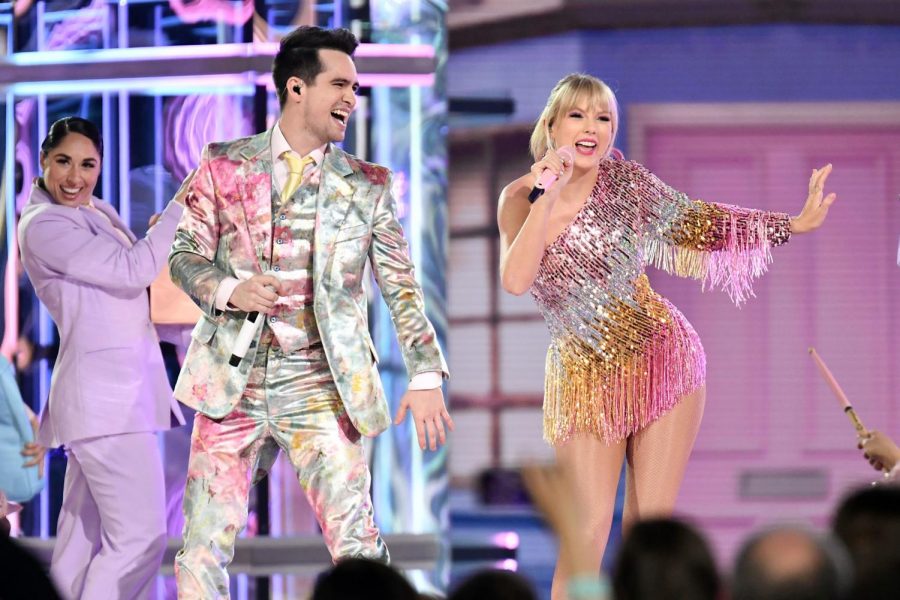 Swift and Urie performed "ME!" at the Billboard Music Awards on May 1.

Taylor Swift released her new single “ME!” featuring Panic! at the Disco’s Brendon Urie on April 26 with an accompanying music video. This single marks the beginning of a new era of music from Swift that follows up “reputation”—an era filled with darkness, snakes and criticism. At the beginning of the music video for “ME!,” a snake slithers along the ground and then transforms into butterflies—representing the transformation from the “reputation” era to the new era.

The message of “ME!” is clear: to be proud of one’s uniqueness and individuality. An interesting aspect of the song is its contrast to the “reputation” era: while “reputation” focused heavily on Swift’s perception in the media and critics’ opinions, “ME!” instead centers around Swift and her own thoughts about herself.

Urie adds to the strong vocals and overall impressiveness of the song. While both artists usually have different styles, Urie’s addition makes the song even catchier. While catchy, however, “ME!” is far from being Swift’s most sophisticated song lyrically. In addition to being repetitive, Swift exclaims “Spelling is fun!” at the beginning of the bridge of the song, and then later Urie sings “you can’t spell awesome without me”—both lines suggest a childish playfulness.

Though the lyrics are childish, the song is bright and fun and should not be taken too seriously as an accurate representation of Swift’s capabilities as a songwriter. As the winner of 10 Grammy Awards and nominee for over 30, Swift is an accomplished, as well as talented, artist who, in “ME!,” demonstrates that she has a more playful side.

Additionally, the two first singles from Swift’s past two albums— “Look What You Made Me Do” from “reputation” and “Shake It Off” from “1989”—were similar because each single was not completely representational of the musical and lyrical style of the whole album. Both “Look What You Made Me Do” and “Shake It Off” were intentionally more mainstream than the rest of the albums, and, like “ME!,” each single is intended to promote their respective album releases.

Although “ME!” is not up to Swift’s high lyrical standards with songs like “Getaway Car” and “New Year’s Day” from “reputation,” fans should not worry about the lackluster single because of Swift’s typical history with singles.

The music video has garnered over 150 million views since its release on April 26, breaking the VEVO record for most views for a video by a solo artist in 24 hours at 65.2 million views. “ME!” also became the fastest video to reach 100 million views, which Swift did in just 79 hours. In spite of its contrast to Swift’s typical musical artistry, “ME!” is a catchy, fun song that introduces a new era of music. With the release of “ME!,” fans should look forward to Swift moving past her deep, dark “reputation” era filled with snakes and darkness, into a completely different one, filled with butterflies and pastels.