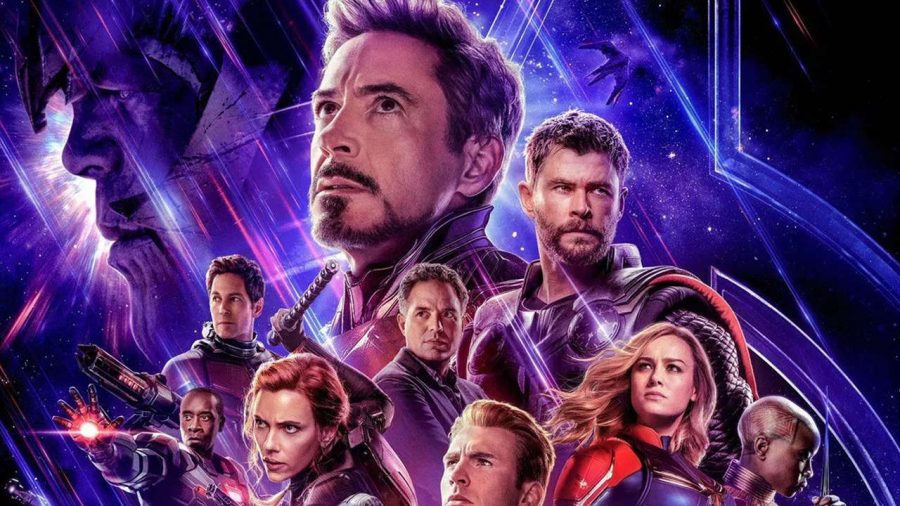 Marvel outdid themselves once again. They delivered an incredible three hour long epic that brings together all elements of the Marvel Universe in a stunning and mind-blowing way that many fans of the franchise have come to expect. With appearances from all the Avengers, including the newly added to film Captain Marvel, “Avengers: Endgame” beautifully ties together a story that has been building over the course of an entire decade in an emotionally rocking and extraordinary way.

Despite being a whopping three hours long, the plot moves at a perfect pace. The beginning exposition is a bit slow, but it is made up for in an epic finale, and most importantly, it kept the middle fast paced and engaging, something that can be difficult for a movie of such length.

In the aftermath of “Thanos” and “Infinity War,” the Avengers are disassembled, torn apart by Thanos’ plan to wipe out half of all life in the universe. With the planet in shambles, the remaining heroes hatch a daring plan to restore everything to how it was before and to kill Thanos once and for all.

The remaining Avengers— Captain America (Chris Evans), Iron Man (Robert Downey Jr), Black Widow (Scarlett Johansson), Hulk (Mark Ruffalo), Captain Marvel (Brie Larson), Hawkeye (Jeremy Renner), Rocket (Bradley Cooper), Nebula (Karen Gillan), Ant-Man (Paul Rudd), Thor (Chris Hemsworth), and War Machine (Don Cheadle)—embark on a dangerous quest to where the heroes have never gone before: the past. Not only do the heroes need to find a way to fix the present, but they must navigate the complex and delicate rules of time travel, which, if broken, could fracture reality.

The entire plot is reminiscent of sci-fi shows such as “Doctor Who,” “Back To the Future,” “Bill and Ted’s Excellent Adventure,” and “Hot Tub Time Machine,” some of which are jokingly referred to in the film.

The heroes must contend with the choices they make while traveling through time, such as the aftermath of the Battle of New York (The Avengers) and meeting Tony Stark’s father, and how they play out in the present, accidentally creating multiverses and bringing back old nemeses.

While the movie may seem very plot based, emotions run high throughout the whole film, leaving many fans heartbroken, joyful, and sentimental all at once. Marvel delivers startling twists that bring new depth to beloved characters, showcasing their lives as ordinary people, not just superheroes, at times bringing fans to tears. An intense scene between Hawkeye and Black Widow, the relationship between Thor and his mother, and Tony Stark’s with his father bring a more emotional and human element to the movie, a refreshing break from all the action.

Endgame also provided a platform for Marvel to explore the backgrounds and personalities of characters other than the original Avengers, specifically Nebula (Karen Gillan), from the Guardians of the Galaxy Movies. In Infinity War, her and her sister Gamora’s relationship with Thanos is explored, and in the aftermath of Thanos’s snap, Nebula is left without a sister and without an ally. A central character in “Endgame,” Nebula must also contend with her own past and the choices she made, as she tries to right the wrongs of her father Thanos. While everyone loves to see the stories of the core Avengers, Marvel does a very good job of incorporating and developing characters from many different parts of the franchise.

While quite a few of the Marvel movies are male dominated, the franchise makes sure that the heroines of the universe get their moment to shine in an amazing battle scene Marvel comes out with new film, “Avengers: Endgame” The new Marvel movie lives up to its immense box office success that is awe-inspiring and monumental, as it is a scene that lacks a male presence and showcases the strengths of the women of the Marvel Universe. The strength and courage demonstrated by these amazing heroines is an inspiration to young girls around the world, and Marvel does a spectacular job of proving that women are amazing and powerful superheroes, and that they are just as super as their male counterparts.

Captain Marvel (Brie Larson) is one such woman who shows her strength and is a character who was recently added to the Marvel Cinematic Universe with the release of the film “Captain Marvel” (2019). Many fans anticipated the arrival of this new heroine in the fight against Thanos, and she did not disappoint, showing off a fashionable new hairstyle in the process. While Captain Marvel was not present for quite a bit of the movie, she appeared in full force for the final battle, earning her spot among the most powerful Marvel Superheroes. Some fans were worried that Captain Marvel would be too heavily relied on in the plot, or not at all, but Marvel Studios balanced her influence on the plot well with those of the other Avengers who were more closely linked with the plot, and she neither overpowered nor was overshadowed in the scenes that she was in.

Since the highly anticipated release of “Avengers: Endgame,” it has destroyed box office records, earning $2.2 billion worldwide, and it certainly lives up to all the hype surrounding it. In a phenomenal three hour film, Marvel manages to break hearts, mend them, and break them all over again, all the while restoring faith not only in the heroes who had been destroyed in “Infinity War,” but in the power of unity and humanity’s ability to overcome the most formidable obstacles.