Prominent community member takes on new role as an administrator 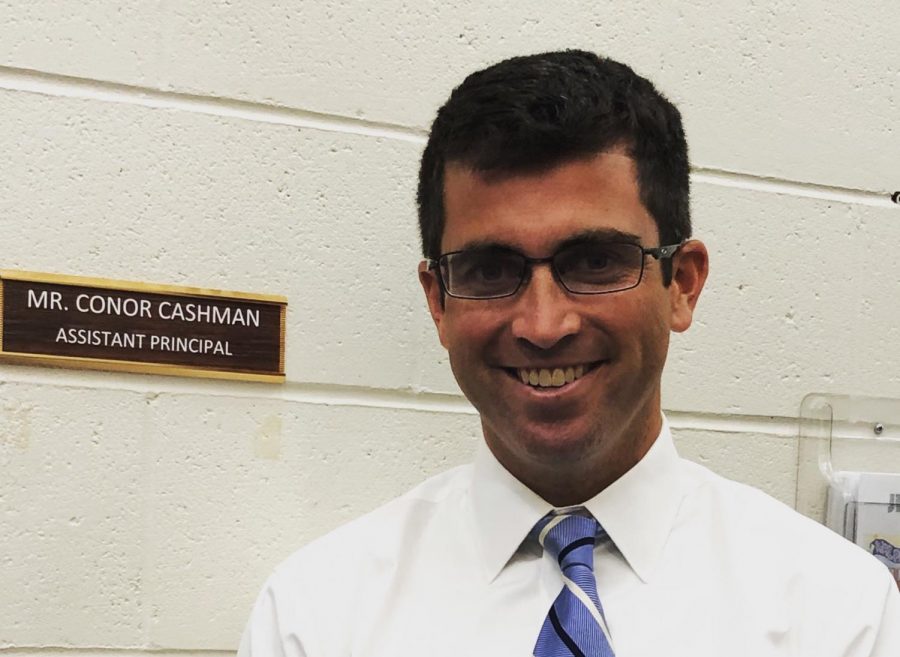 “I have had to make a lot of adjustments due to my change of role and change of school,” Cashman said. “Johnson gets out later than the high school, so I do have to come late to many weekday practices for cross country.”

“As someone who was a former student of Cashman’s, I understand what a loss it is for the school to have him leave to fulfill his new position,” Ferguson said. “It’s a great opportunity for him, and I hope I can do his former role justice.”

For AP Language and Composition, English teacher Peter Salmans added the course in addition to his current classes—Sophomore Honors and Junior CP1.

“After I was hired, Cashman was my official mentor,” Salmans said. “Despite the immeasurable ways he served the Walpole community, he always found the time to lend me a patient ear, and I always left our conversations feeling challenged to work harder and encouraged about what lay ahead–and I know countless students had the same experience.”

As a teacher at WHS, Cashman was an active part of the community. He was a co-chair of the NEASC Instruction Committee and was part of the P.R.I.D.E. initiative alongside other faculty members. As Assistant Principal, he also interacts with some of the same community members and more parents specifically. Despite moving to JMS, he still remains as the coach of the girls’ cross country team.

“My favorite part of the job has been collaborating with staff members and with parents to maintain a vibrant and safe school community for our students,” Cashman said. “I am fortunate to already know many of the stakeholders that make up the larger school community.”