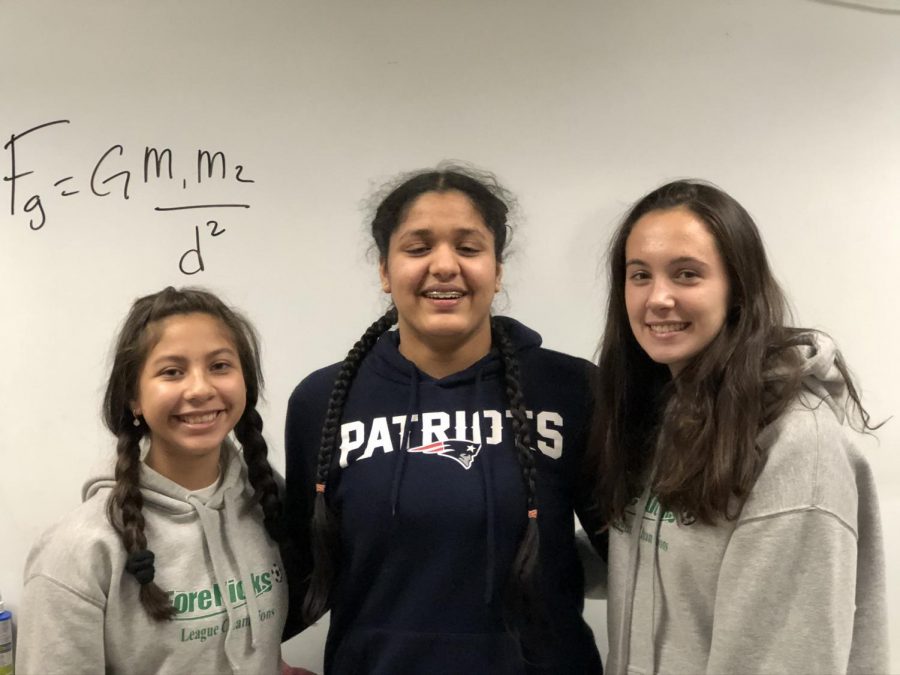 Linika Goel and club members pose for a photo.

Linika Goel began the Physics Club in October with the help of teacher Samantha Fallon, in order to engage Walpole High School students in the basic concepts of physics. Goel created the club because she believed there was an appreciation drought for the subject of physics at WHS.  During club meetings, Goel and other members may demonstrate physical experiments, one of which includes a demonstration of how an AA-battery may power a small bulb.

“I started the Physics Club because I thought that people do not appreciate physics as much as it should be. People tend to not notice its omnipresence all around us, thus its significance. I want to show people that physics can be so much more fun than they thought,” Goel said.

According to most physicists, the concepts and mechanisms of the physical sciences have always been present on Earth, and Goel realized the omnipresence of physics in her life when she began her freshman physics class at WHS.

“Physics is one of the most significant sciences to me, because I can feel and realize it magically happening all around me. It is present everywhere. The more I learn about physics, the more I realize that I’ve been ignorant, not realizing what’s around me,” Goel said.

On Nov. 20, the club met for their usual Wednesday meeting in Fallon’s classroom. The attendees seemed excited to learn more about physical concepts during the meeting.

“It was a cool experience, and I got to learn more about the applications of physical concepts in daily life,” sophomore Jadene Le said.

During the meeting, Goel stood in front of the room and presented an AA-battery and small bulb experiment. Goel demonstrated that the AA-battery may be used to power the bulb and create light. Though simple, the experiment demonstrated the physics behind powering devices like cell phones, computers and lights.

“I think it’s a fun after-school activity that enhances my learning of physical concepts,” junior Cecilia Doherty said. “I really enjoyed the [previous] meeting, as I was able to support my friend and watch a cool experiment.”

“The primary goal of the Physics Club is to amplify the student body’s interest in physics. I want to make physics seem fun and useful to as many people I can,” Goel said.

Physics is a science that is pioneering in modern innovation and design. Students that pursue a career in physics may become accelerator operators, applications engineers and data analysts.

“I would definitely consider studying physics in the future,” Goel said.

As for the rest of the school year, the club will continue to meet every Wednesday in Fallon’s classroom; additionally, the club is open to accepting new members and performing more engaging physics experiments.