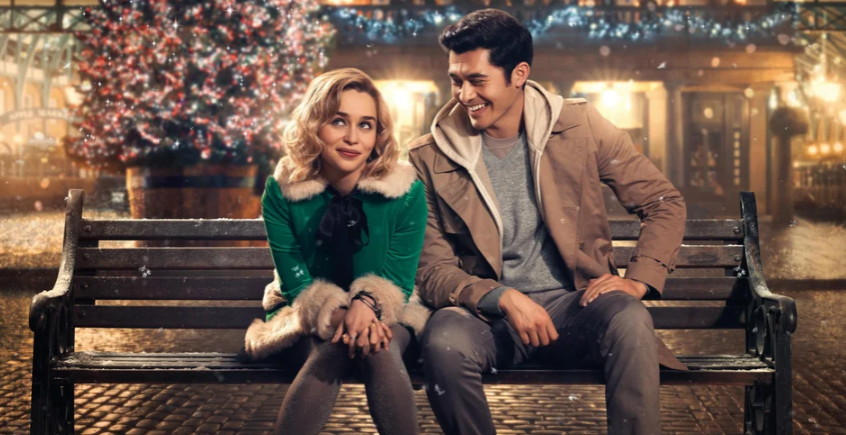 “Last Christmas,” released on Nov. 8., is a feel-good film for this Christmas season with undertones of romance, comedy and drama. Although it does not live up to the reputation of the classic Christmas carol that it is named for, the film cleverly ties in its title to conclude the story. Starring Kate (Emilia Clarke)—an aspiring actress working at a Christmas store—and Tom (Henry Golding) who has a kind, yet elusive, soul, the duo trudges through the hardships native to the holiday season.

Opening with a sequence of unfortunate events, Kate must find shelter for herself and suitcase of belongings between her shifts as a year-round elf. On one particular day, the charismatic Tom catches Kate’s eye as he wanders outside of the Christmas store admiring a bird overhead. From this point forward, Kate adopts Tom’s mantra “look up,” meaning that Tom believes in appreciating the simplistic beauty that envelops the world—unbeknownst to its inhabitants.

Amidst illegally ice skating after hours and touring London, Kate opens up her heart to Tom, but there is something dismal about Tom. Despite his jovial demeanor, Tom has the tendencies of a ghost. In the soup kitchen where he claims to volunteer, nobody knows him. Likewise, Tom’s apartment is tidy to an anomalous degree. Kate almost died of a broken heart once before—literally—so she has her reservations.

The supporting characters in “Last Christmas” also add to the flurry of yuletide emotions. Emma Thompson plays Kate’s frantic mother who battles the traumatizing memory of Kate’s heart transplant. Kate exudes the characteristics of a headstrong, independent woman, so it is difficult for her to accept her mother’s coddling. At work, Santa (Michelle Yeoh) chastises Kate for her tardiness and laziness, but she also has a soft spot for Kate in her heart. The banter between Kate and Santa adds a charm to the storyline as their friendship deepens beyond their typical employee and employer roles.

The climactic twist comes suddenly and is rather blurry at first. Tom’s perplexing nature is elucidated when Kate visits his apartment only to discover that it is for sale. Suddenly, the loose ends that Kate had with Tom are tied up—shockingly and gut-wrenchingly. All of the intricate details of the past few weeks inundate Kate, as does the memory of her heart transplant.

Akin to all Christmas movies, “Last Christmas” ends on a jolly note. Unsuccessfully searching for Tom in the local food kitchen, culminated into a Christmas show, headed by Kate, to raise money for the homeless. Kate took her melodic singing to the streets and, in accord with the Christmas spirit, she collected money to become a benefactor to the soup kitchen. As if tying the story up in a neat bow, Kate sings “Last Christmas” at the Christmas charity show, which has a sentimental meaning to her in regards to the events of the previous Christmas; hence, the movie’s title.