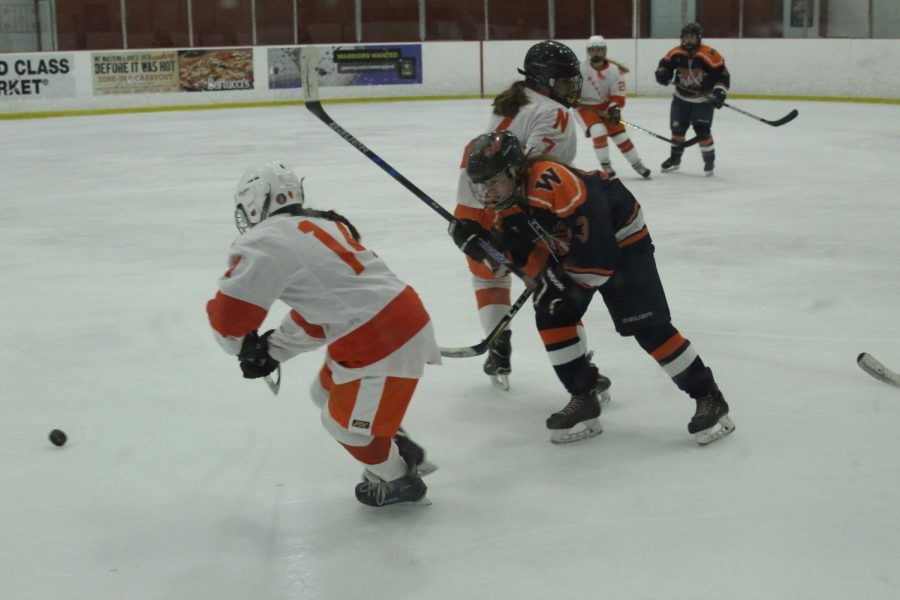 Girls Varsity hockey faced Newton North for their first regular season game on Saturday, Dec. 14 at Rodman Arena and scored the only goal of the game, claiming their victory despite a slow start.

“Throughout the first and second period, we came out a bit off and couldn’t seem to find the back of the net on many of our opportunities,” senior Captain Catie Martin said.

For the first two periods of the game, there were no goals scored. Although the Rebels were upset offensively, they were standing their ground defensively and certainly proud of their new goalie, freshman Maddie Clark.

“[Clark] played great for her first high school game as a goalie. Having a newer goalie is tough, but it forces us to learn to play differently and more defensively, ” Martin said. “We definitely played with a bit of urgency when the play was in our zone because our focus was on supporting our goalie.”

Despite the win, the team recognizes that throughout the season, there will be a lot of efforts made to be the best they can be. Ideally, they aim to score more and play hard throughout the entire game, not just the third and final period.

“I think we played well, but we have things to work on for the next games, like picking up our speed,” senior Assistant Captain Jenna Malone said.

After a hard battle fought in the corner by senior Assistant Captain Sophia Pacella and junior Emily Desimone, Martin was able to put the puck in the net, early in the third period.

“Overall this wasn’t the score we would have wanted, but this was not a bad start to the season. We are going to build off the opportunities we had and work on capitalizing, every game going forward,” Martin said.