“The Morning Show” Is a Poignant Exposé of Corporate Corruption 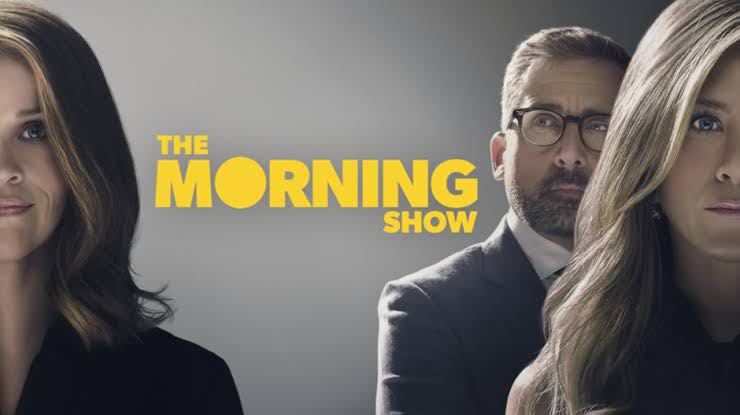 On Nov. 1, “The Morning Show” aired on Apple TV+ and concluded with its tenth episode on Dec. 20. Journalist Brian Stelter’s book, titled “Top of the Morning: Inside the World of Cutthroat Morning TV,” inspired the show; however, the series draws undeniable connections to the demise of former new anchor Matt Lauer.

“The Morning Show” begins with allegations of sexual misconduct against Mitch Kessler (Steve Carell)—the beloved and revered king of the UBA news network. The source of these allegations is an internal member of the network, whose identity is later revealed, and is one of the many women whom Mitch preyed upon. Rounding out the show’s all-star cast are journalists Alex Levy (Jennifer Aniston) and Bradley Jackson (Reese Witherspoon). Alex was Mitch’s female counterpart on The Morning Show and, at first, faces disbelief in regard to the allegations against her co-anchor.

Meanwhile, a news clip of Bradley, whose brutal honesty is her greatest downfall and attribute, arguing fervently with someone at a coal mine protest surfaces on the Internet. On a whim, Alex declares that Bradley will be her new co-anchor, despite their clashing personalities. Bradley constantly crosses lines while Alex remains content reading teleprompters on TV. Consequently, Bradley challenges the complacency of everyone at UBA. Both characters repudiate the culture of silence that fostered Mitch’s behavior and such poignant performances landed both Aniston and Witherspoon with Golden Globe nominations for Best Actress.

“The Morning Show” frames corporate power as the malice behind the network’s secrecy, which many surmised was true amidst the Matt Lauer allegations as well. Charlie “Chip” Black (Mark Duplass) and Cory Ellison (Billy Crudup) both strive to topple the apex of UBA out of surreptitious greed and solidarity with the show’s co-hostesses. At the top of UBA is president Fred Micklen (Tom Irwin), who did more than turn a blind eye to the corruption behind the cameras of The Morning Show: he fostered the culture of silence.

To bolster the show’s relevance to current events, Alex and Bradley report from California wildfires and The Morning Show anchors broadcast from the aftermath of a mass shooting in Las Vegas. Despicably, the Las Vegas broadcast was one of the sites of Mitch’s misconduct, which is a memory that becomes too debilitating for aspiring talent book Hannah Schoenfeld (Gugu Mbatha-Raw) to bear.

Human interest permeates every scene of “The Morning Show” as Alex, who is typically austere on camera, breaks down repeatedly as her family and professional life crumble before her eyes. Alex admits to her vague awareness of the corruption lurking off camera, but concedes that she did not speak up because she was succeeding at life. Facing divorce and a distant daughter, Alex discovers the price of success. Alex’s final emotional breakdown on air is a tear-jerker as she risks her career—to which she was blindly devoted—in order to speak the heart-rending truth that she once contentedly overlooked.

Personally, I have found very few shows equally as moving as “The Morning Show.” This show proves that journalism is not a dying industry as it substantiates the power that honest media has. UBA fell apart at the seams amidst the Mitch Kessler scandal, but champions of honesty arose too. Unfortunately, yet as can be expected, the toxic faculties of Mitch’s actions are far-reaching and inconceivable, which renders the final episode difficult to watch.