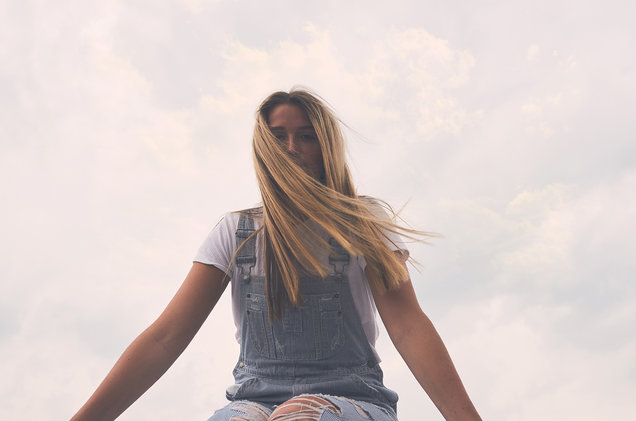 Not many college dropouts can say they have gone on a world tour premiering songs first produced on their computer. However, singer/songwriter Chelsea Cutler defies all odds. On Jan. 17, breakout EDM artist Chelsea Cutler released her first album How to Be Human. The album is her first solo project after releasing a duet EP with Jeremy Zucker, duets with the DJ Kygo and Alexander23 over 2019. Leading up to the release date, Cutler gave her fans a taste of the new album with the releasing two singles: “Lucky” with Alexander23, and “How to Be Human,” the title track of setting the theme of her album. The collection of songs gives the promising dance-worthy sounds about growing up, while showing vulnerability through meaningful, personal lyrics about love and relationships.

Cutler, a Connecticut native who formerly played soccer at Amherst College, has been producing music since her senior year of high school. From her freshman to junior year, Cutler slowly grew to fame with her creative collaborations with other well-known artists, even going on a world tour with Quinn XCII in 2018.

Her newest project has captured her greatest strengths: powerful and meaningful lyrics about growing up, being in love and experiencing heartbreak. The sixth track “nj” exposes Cutler through her heartfelt apology, “I wanna tell you I’m sorry for the mistakes I’ve made.” As one of the slower songs, “nj” is deep in meaning and shows Cutler’s voice in contrast to the fun beats of her other songs. Her only collaboration with Alexander23 on the whole album gave fans a sweet, uplifting song about falling in love, simply called “Lucky.” Cutler even went on to release a music video on Nov. 7, 2019, starring herself and showing appreciation for her friends and family with generous gift-giving. The title track “How to be Human” has a slower but infectious beat, discussing Cutler’s struggle to cope with inevitable problems from going through a difficult time.

However, Cutler’s sincere ballads are not the only thing that defines the album. Her creative, playful beats, in the first two tracks “Sad Tonight” and “Strangers Again” give fans a dance-worthy up-beat feel to start. Cutler also made her television debut on the Late Night With Seth Meyers, performing “Sad Tonight” and showcasing her raw talent for remaining an upcoming artist with a smaller fan base.

On How to be Human, traditional pop and rock sounds get a unique twist through electronic synthesizers for Cutler’s premiere. Although Cutler is a small-scale artist, her impressive resume of collaborations, in combination with her ability to write thoughtful lyrics and produce an individual sound will promise a successful career to stardom.