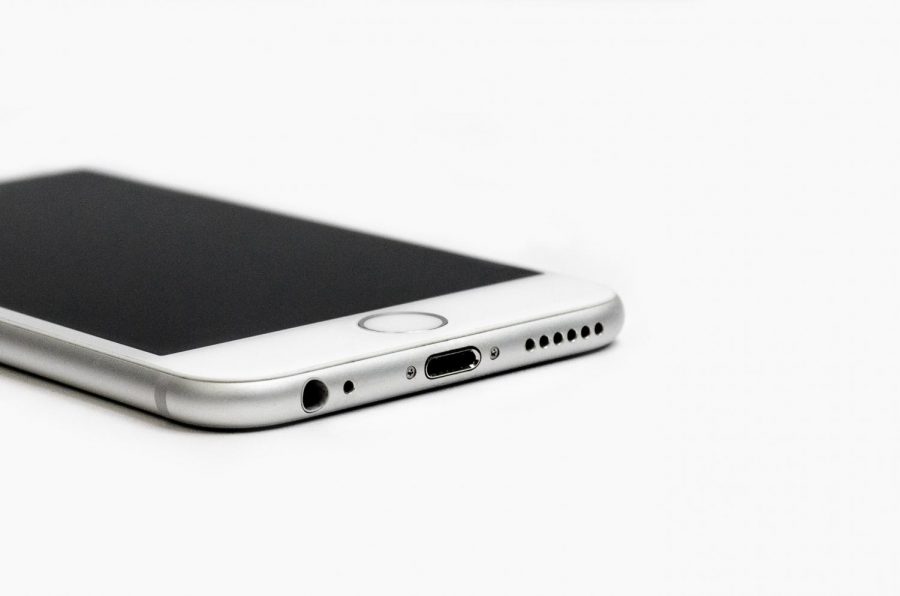 Walking through the halls of Walpole High School, it is not hard to see that the majority of students rely on their phones heavily and never leave their home without them. Most students had received their first phone before the start of middle school and have become accustomed to using it everyday since. One senior, however, has lived phone-free for 17 years and has recently started to adjust to life with what most teenagers would call a necessity.

Austin Oliver recently purchased a LG Stylo 5 Android Smartphone as his first cell phone during his senior year at WHS. Although most students would find it impossible to live without a phone, Oliver has never truly understood why teenagers constantly need one to function. Before WHS, Oliver attended the Global Learning Charter Public School in New Bedford where phones are not deemed necessary due to its active environment.

“There’s a lot more connectivity and face-to-face things. There’s no after school clubs, so a lot of times kids wouldn’t need a phone because there wasn’t much to do with it,” Oliver said.

Due to this, Oliver never saw a point in purchasing a phone because it would not benefit him or aid him in communicating with his fellow peers. As he transitioned to WHS’s environment, however, he found that owning a phone was much more common in students, especially in the junior and senior class.

“Transitioning into high school, I think it was more of a shock because everyone has a phone,” Oliver said.

Although almost all of his peers owned a phone, Oliver remained phone-free until senior year. By not being consumed by a device for so long, Oliver was able to see how owning a phone affected other students.

“I observe a lot of addiction, and I think partially it’s just because, not only social media, but they want a lot of connectivity with friends,” Oliver said.

Oliver mainly observes this addiction in lunch when students prefer to text instead of talking, or when students refuse to put their phones in newly enforced phone holders during class opted by administration. Many students at WHS found this policy unfair and did not want to have their phones taken away every single class. Oliver, however, feels unaffected by it and does not mind giving up his new phone for an hour while learning in class.

“I understand why my friends get angry about it, but I didn’t really care that much,” Oliver said.

Although it was never a priority to him and his parents were not fond of the idea, Oliver recently started pushing for his parents’ approval to purchase a phone. His hope was to become more independent and responsible by making the purchase.

“I’m going to be an adult soon, I think I need this. Not only to talk to friends but to have it,” Oliver said.

Oliver’s parents agreed, and he was able to buy his own phone, which he paid for. He has decided against joining any forms of social media until it becomes necessary in his future.

“Eventually down the road I think I’ll have to get it for job interviews. I’m going to have to eventually, but at the moment I don’t feel the need to. I think that it has to do a lot with things I’ve seen or heard about, so at the moment, no,” Oliver said.

Although he has not engaged in social media himself, Oliver is not blind to the dangers of using applications such as Instagram, Snapchat, Twitter and more. Many students use social media to communicate with others or to update their friends on their life; however, it can also cause extreme addiction while bringing attention to negativity and trends that can hold students to unrealistic standards in their life.

Even though having a phone has made communication easier for Oliver, not having social media still has an impact on getting in touch with friends or other students.

“I primarily use it for texting, and they don’t really text anymore. They use social media to message or talk to their friends,” Oliver said.

“In a way it is kind of difficult talking to them, but at the same time it’s also not that difficult—I can still be friends with them,” Oliver said.