How to Make a Political Impact Without Voting 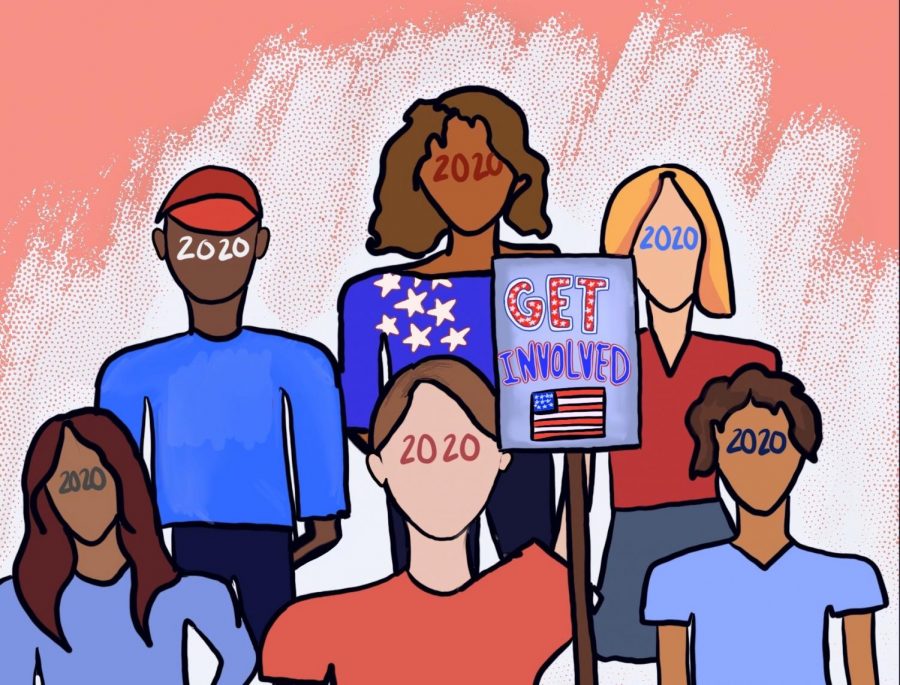 Even if one is too young to vote, there are other ways to voice support for candidates.

2020 is election year, and this year, it is young people who can really change the outcomes in the polls. However, in the United States, those who are under 18 cannot take part in elections. While these laws may make it seem impossible for young people to help sway an election, casting a ballot is not the only way to ensure that one’s voice is heard. Here are some ideas of what to do instead of (or in addition to) voting.

Only 55.7 percent of Americans voted in the 2016 Presidential Election—a very low number for an advanced democracy such as the US—and one reason why is because of voter registrations laws. Today, many young people and poor people do not even register to vote because they think the registration process is too complex or they feel that their voice does not matter. This can be changed by educating people and encouraging them to register to vote—if equipped with voter registration forms, anyone can register others to vote. On Election Day, many people are unable to drive themselves to their polling locations. Yet, anyone with a license and a car can help others practice their civic responsibility by signing up at Carpool Vote, which connects users with those in need of a ride in their area. Also, Massachusetts allows 16 and 17-year-olds to pre-register to vote so they can just cast their ballot without worry on election day.

With social media use at an all-time high, it is hard to escape from politics, but social media can be put to good use to make a difference. Whether the issue is smoking, climate change or gun control, young people can (and should!) have a voice in the issues that matter to them. Using social media is an easy way to spread the word about the things that really matter. Many different social media sites can be used for commentary that may play a role in influencing someone else’s vote. Nevertheless, a good, old fashioned petition can be used to garner support and attention behind a cause. Change.org hosts millions of petitions that have been used to make history in presidential debates or create new bills, and with just a quick scroll through the website, one can easily find or create petitions that fit their beliefs.

Even though they can not vote, minors should still stay informed on current political events and form their own opinions. The website “isidewith.com” provides quizzes that align the user’s answers to political candidates with parties. Furthermore, anyone can get involved by attending rallies of their preferred candidates. Signing up with a candidates’ campaign makes it easy to keep up with local events organized by their campaign.

With politics growing in importance for young people every year, it is important to remember that voices are not just important at the polls, as advocacy can inspire change in any election.