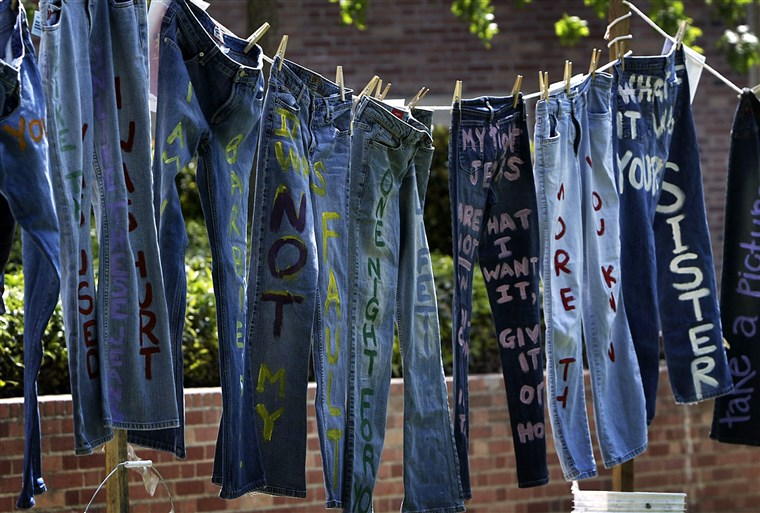 On April 29, people all across the globe celebrated Denim Day—a day to celebrate and show solidarity with survivors, along with educating people on rape culture and sexual violence. The hashtag #denimday was trending on social media sites and spread awareness about powerful stories of individuals surviving sexual assault. During the global COVID-19 pandemic, survivors and advocates came together to show support for their cause.

Denim Day was founded in 1999 after a Supreme Court case in Italy ruled that because an 18-year-old woman was wearing tight jeans, her clothes signified consent. The 45-year-old man was initially convicted, but he won his appeal in the Supreme Court. Women in the Italian Parliament then led a protest regarding the verdict and media coverage soon brought the cause to America, where Patti Occhiuzzo Giggans, Executive Director of Peace Over Violence, created the first official Denim Day. The first rally was held in Los Angeles in 1999.

POV hosts a multitude of emergency hotlines, emergency response groups, legal counseling and educational services, all in regards to preventing violence and supporting survivors of domestic and sexual violence.

On Denim Day, people are encouraged to wear denim to show solidarity with sexual assault victims and survivors. TikTok had over 63.1 million views on videos with the hashtag #denimday and there were over 150,000 posts on Instagram with the same hashtag.

“It’s so important to recognize and support victims of sexual assault because it impacts survivors everywhere and those who support them. People who haven’t yet shared their stories or people who were assaulted and weren’t believed are all recognized when we talk about victims of sexual assault. Also, I saw so many people supporting Denim Day on social media, which helps everyone remember we have a long way to go in terms of modern feminism and believing a woman’s word against a man’s,” WHS senior and member of Feminism Club Emily Duseau said.

In light of the current pandemic, rallies have become virtual. Denim Day NYC and Peace Over Violence hosted a virtual rally with a variety of speakers examining the history of Denim Day, explaining the importance of celebrating and sharing the experiences of survivors.