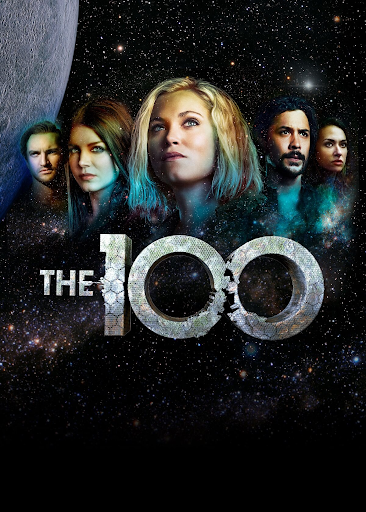 CW’s sci-fit hit show “The 100” is airing the first episode of their seventh and final season on May 20.

The show has been captivating the attention of their audience since 2014, and it follows a dystopian society that has to deal with the struggles of rebuilding life on earth. The show begins with a civilization whose ancestors were spared from the radiation of nuclear bombs by inhabiting a space station. This group is faced with many problems, including bringing humanity back to Earth and many races against survival.

The show follows main character Clarke Griffin, played by Eliza Taylor, who is the show’s young, fierce and independent protagonist. Alongside Clarke are her friends and other important characters, Bellamy Blake, played by Bob Morley and Octavia Blake, played by Marie Avgeropoulos who played siblings that would risk their lives many times throughout the show to save one another.

The show is also known for their recurring images or phrases especially in their most dramatic moments such as “my sister, my responsibility,” “may we meet again” and “jus drien, jus daun,” that connect the separate seasons and characters in a cohesive way that make for emotional moments for the audience.

The show is filled with action, drama, love triangles and even humor, making it a show for anyone of any age. Throughout the first six seasons, there were several time jumps, unexpected and devastating deaths, many ruthless enemies and constant fights for survival. For another reason to watch, even singer Shawn Mendes is a huge fan, and he was featured in an episode in season two after tweeting about his love for the show. Every action packed episode will keep viewers on the edge of their seats.

Season seven, long anticipated by eager fans who were left on a brutal cliff-hanger following the end of season six, is scheduled to be 16 episodes long. The show will air on the CW at 8 p.m. on Wednesdays. Although the fans do not know what to expect, showrunner Jason Rothenburg posted a teaser trailer on May 6. The 20 second clip is enough to show that the audience will not be disappointed.

“I hope [fans will] be satisfied, I am satisfied. I think it’s a pretty powerful, emotional ending” Rothenburg said to TV Guide.

Even though the series is coming to an end, the showrunner promises the show will wrap up in a way bringing everything together and brings fans one more final season of all the aspects that had them fall in love with the show and the characters.