The U.S. Should Not Scapegoat China 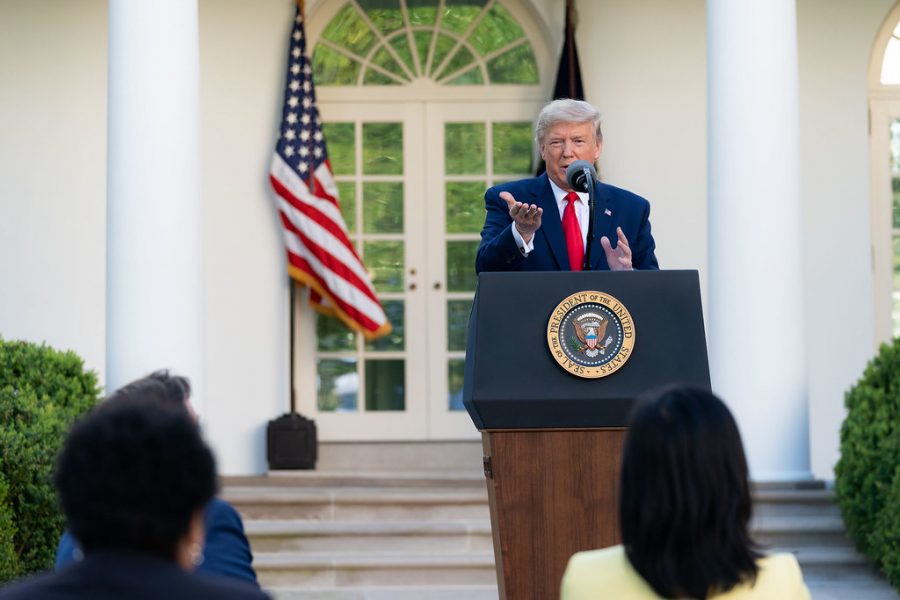 President Donald Trump speaking about the coronavirus in March.

Ever since it was announced that COVID-19 originated in Wuhan, China, tension between the country and the United States has risen dramatically. Since the emergence of this virus, President Donald Trump has viewed it as an “attack” and feels that it “should have been stopped right at the source… and it wasn’t,” (BBC) perpetuating unfair blame on the country for not handling the coronavirus better.

It is true, however, that China could have taken better precautions especially in their “wet markets,” the probable source of this virus. Although China could have produced these foods in a safer and healthier way, it does not change the fact that it is discriminatory for other countries to criticize, as it is not only one country’s fault. It is very possible that if this had occurred in any other country, they would also struggle under these circumstances.

China could not foresee the severity of this virus. In January, even Trump said, “we have it totally under control,” (CNBC) and dismissed the virus as an issue. The United States government knew about this virus and still failed to take proper precautions until America became the number one country with the most confirmed cases of COVID-19. If this virus began in America, it is likely that the government would once again fail to take control over the disease and destroy it before spreading across the globe. This blame does not make the president look better, but rather unprofessional and hypocritical.

Trump has repeatedly referred to COVID-19 as the “Chinese virus,” (The New York Times) due to its place of origin. Although he has claimed that he does not mean it with racist connotations, Trump has labelled this virus as a Chinese creation, holding Chinese citizens responsible. Even though some citizens find this appropriate and use it along with the president, the effects are extremely severe and have caused a spike of hate crimes.

In California, Kyle Navarro, a Filipino school nurse,  was spat on by a white man and called a racial slur on the street while going about his day (Vox). All over the world, Asian Americans are being blamed for the coronavirus due to Trump’s association of the virus name with its country of origin. During the Ebola crisis, racism also spiked. As the Ebola virus was named after the Ebola River in Africa, hate was directed towards anyone who was born in Africa or of African origin. By linking a disease with a country, people are immediately targeted by others and blamed for the source of the virus. In doing this, Trump has divided people and perpetuated harmful statements.

In the long run, the wrongful scapegoating of China will only hurt the world. Ignoring America’s hypocrisy and encouraging racism will not lift the virus or cause it to go away. Instead, it only brings hate and negativity, when the world is in desperate need of support and hope.