Justine Prophil Uses Instagram to Connect the Class of 2020 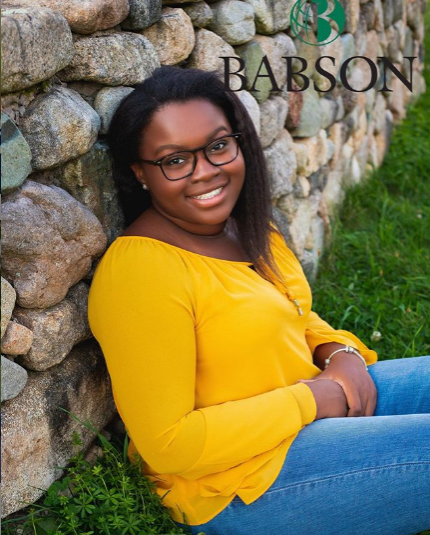 Across the country, the graduating class of 2020 has had to make a lot of sacrifices in order to flatten the curve of COVID-19, the better half of their senior year being one. With the initial school closing period being only two weeks, many plans for spring were kept in place. However, with cases increasing, the schools were closed for the remainder of the school year and seniors will be missing out on many traditional senior year experiences.

On April 9, senior Justine Prophil started the Instagram account @WHS2020Futures. Nearly every day since then, Prophil has posted senior pictures of classmates with their plans for the fall, in attempts to raise spirits and instill feelings of togetherness in her peers.

“I am of course upset that the last few weeks of what was supposed to be the culmination of my 13 years of school was cut short, but I have since come to terms with this, as there are bigger things to worry about,” Prophil said.

It is easy for many students to feel angry and discouraged by the stay-at-home order; however, Prophil remains positive.

“Quarantine has given me a lot of time to reflect and be grateful for what I do have, so I try to stay positive about the future, rather than dwelling on what we’ve lost especially while others are struggling,” Prophil said.

With @WHS2020Futures, the senior class is able to connect with each other and build support for peers, as everyone has struggled with COVID-19 effects in their own ways. Quarantine makes it difficult for seniors to lift each other up and celebrate their achievements.

“I started the account to replace National College Decision Day which was May 1, where if we had been in school, we would have worn clothing to represent our postgraduate plans,” Prophil said.

The Instagram account does not solely represent the seniors college plans, but additionally, the many variations of agendas after graduating high school.

“I post a picture of each senior with a brief description of what they plan to do after graduation, whether that be attending college, entering the workforce, joining the military,” Prophil said. “Now that our class won’t have a chance for closure in the traditional sense, I think the account allows the community to recognize the hard work we’ve put in the past 13 years as they’ve watched us mature.”

Prophil not only realizes the setbacks the pandemic has on the class of 2020, but the entire school.

“The senior class will miss out on traditional graduation and prom, but also a few smaller events such as senior dinner, senior field day and yearbook signing. Not to mention the entire school’s loss of spring sports, the Dance Company show, Walpole Film Festival, National Honor Society induction, the spring musical and more,” Prophil said.

Prophil hopes that with the future being so uncertain, these posts will feel like comforting gestures to make the seniors feel special. With the senior class being disconnected for the most part at this time, the account creates one specific place for seniors to share their plans all thanks to Prophil.

“Along with allowing us to celebrate with our friends, the account has made connections between classmates who aren’t necessarily super close, as they find out they’ll be attending the same school or have the same major,” Prophil said. 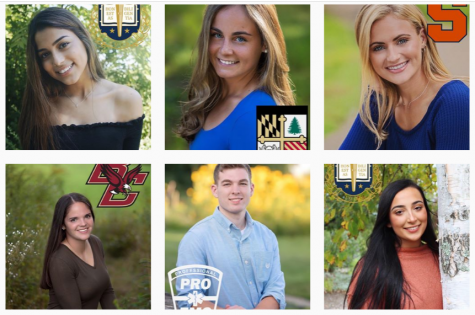 This past few weeks, the Instagram account’s presence in the lives of seniors is a positive way to bring everyone together for one last time before many seniors, including Prophil, leave for college and other post-graduation plans.

“As of right now, I will be attending Babson College in the fall to study business administration with a possible concentration in finance,” Prophil said.