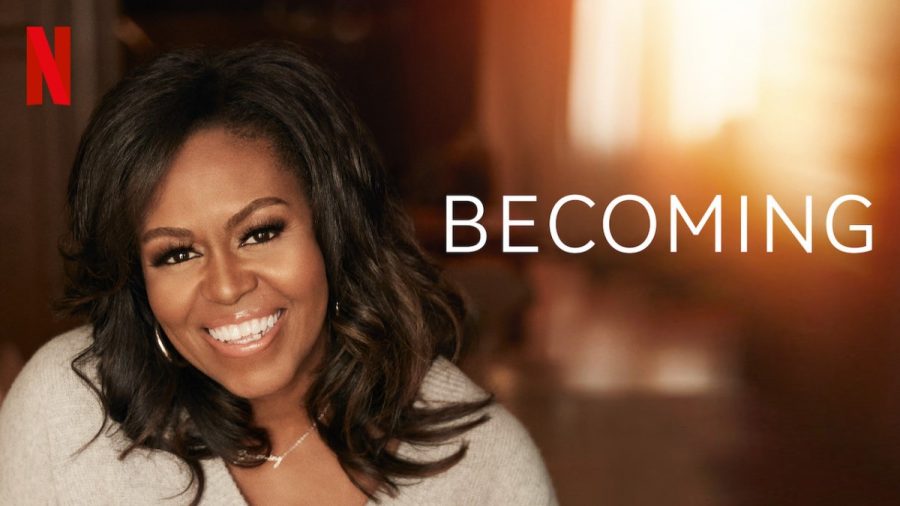 Former First Lady Michelle Obama has become a universally known figure, and even after she and her husband President Barack Obama left the White House, she has remained popular with Americans and others around the world. With the 2018 release of her memoir “Becoming,” Obama solidified her own individual story unique from her husband’s, capturing the hearts and minds of readers worldwide. Now, in a Netflix Documentary by the same name, Obama reflects on the impact that she has had on young people around the world as she embarks on her nationwide book tour.

Produced by the Obama’s production company Higher Ground Productions, “Becoming” follows Obama around the country on her book tour, documenting the reactions of fans, her family and herself, as she meets new people and defines herself after her husband’s presidency. The documentary is a mix of scenes from her tour as well as Obama with her family, revisiting her past.

Fans of the book will find many of the stories in the documentary familiar, as the documentary shows and explains many of the big events that were described in the book. “Becoming” strikes a good balance between showing old stories and mixing in new ones, especially with new events that have happened since the Obamas left the White House. For viewers who have not read the book, the documentary does a good job explaining events described in the book, so that all viewers will be able to understand and enjoy it regardless of whether they read the memoir.

Something the documentary features that the book does not touch on as much is the impact that Obama has had on young people around the world. “Becoming” features two stories of young American students who have been impacted by Obama’s message as they finish high school and go on to college. While these examples are very powerful and poignant, they disrupt the flow of the documentary, and it would have been nice to see more of them. The small number makes the film seem inconsistent and adding more would help Obama expand on her platform of inspiring others and improve the overall flow of the documentary. Despite this, the students’ stories add a nice touch to the overall story, instead of focusing solely on Obama.

“Becoming” is an inspirational documentary that is sure to bring a smile to anyone’s face. Full of uplifting and inspiring stories, it is a film that will stay with the viewer long after they have finished watching it. Overall, Obama has shown the world who she is and who she wants to be in the world outside of politics, and has done so in a moving and poignant way that has reached millions around the globe.