COVID-19 Will Take a Toll On the Economy 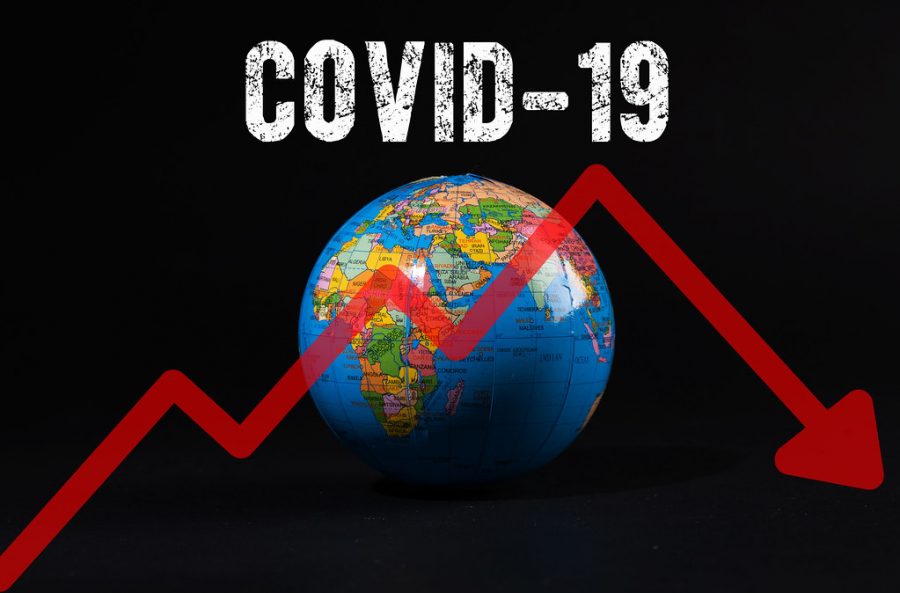 The current pandemic will be harmful for the economy.

Since approximately mid-March, the United States has been in lockdown: that is, schools have become online, offices have become kitchen counters, restaurants are take-out boxes, glasses were switched out for bluelight glasses, haircuts are now happening with craft scissors, toilet paper is MIA and going to the grocery store or pharmacy means masks and gloves.

To some manufacturers, COVID-19 has been beneficial. All hospitals are in need of extra medical equipment, and American citizens are buying out hand sanitizer, hand soap, masks, toilet paper and paper towels. However, many other people are struggling at this time. Across the globe, many companies, such as Nike and Apple, have relied on China for product production, but due to this string of the coronavirus originating in China, production had decreased while international demand remained consistent. Now, there is inconsistency as each country deals with COVID-19 separately.

The United States should be more concerned with the effects that the coronavirus will have on the economy. For years, the nation was experiencing a steady bull market, but there are too many unknown factors surrounding the pandemic that predicting the coming months would be risky. The actions being taken on the federal, state and city level to slow the spread has been helpful in buying hospitals and scientists more time in curing the infected and working on a vaccine. However, it is wise to expect that with the closings of many small businesses and many people being out of work for unknown periods, that it will be harder for people to recover their earnings once the world is back to a new normal. This means that for the time being and for a time after COVID-19 is resolved, people will rely heavily on the government and its fundings more than ever.

On May 18, Massachusetts Governor Charlie Baker initiated phase one of the reopening process in Massachusetts. As Massachusetts is towards the top in terms of numbers infected with COVID-19, there are lots of necessary precautions that need to be taken. After all, the lives of the people should be considered more important than hyperfocusing on the economy that has previously been able to overcome depressions. Construction projects that had temporarily been dismissed and considered “non-essential” are now allowed to operate once more. Also, there are new guidelines that places such as barber shops and retail stores can reopen, but only with a proper safety plan that is reviewed and accepted by officials. With more opportunities to return to work, the economy should eventually get back on track, but it is uncertain how long it will be until phase four, meaning the “new normal” in Massachusetts, in which hopefully all that have been furloughed can return to work and people that have been let go can find work again.

There are many people that are struggling financially at this time, while there are also errors within unemployment that lead to higher pay checks than people receive when they are actually working. As of right now, it is uncertain if funding on public health will be increased, but the country is experiencing a crisis unlike ever before, and it is obvious that with this strange and unfamiliar occurrence, there will be confusion and mistakes will be made. However, the country should remain hopeful that with the economic setbacks experienced in 2020, there will be progression in the future to prevent anything detrimental from happening to the United States.