Underrated Artists and Songs of 2020 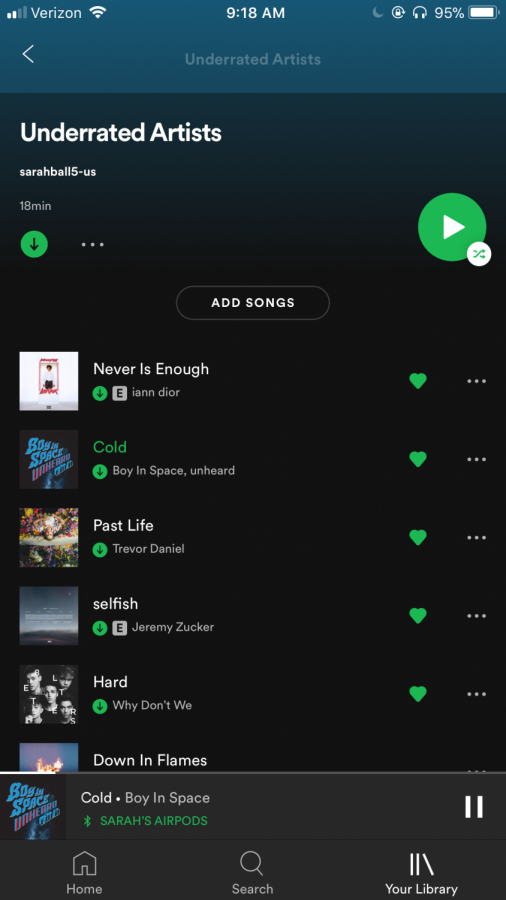 During quarantine, people are eager to pick up new hobbies, discover new television series or movies and find new music. When finding new music, it is important to look past the top hits and look for underrated, rising artists in the making.

Iann Dior: The 21-year-old artist from Puerto Rico is a talented musician with a wide range of music fit for anyone. It is impossible to place his songs under one category; they vary from hip-hop, rap, R&B, punk rap and more. His first songs dropped in April 2019, and since then, he has had a few popular songs such as “gone girl,” “emotions” and “sick and tired.” The young artist has done many collaborations with popular rappers such as Trippie Redd, Lil Baby, Gunna, Machine Gun Kelly and more.

Jeremy Zucker: Known for his slow indie-pop music, Jeremy Zucker has been slowly rising since his first single in 2015. Some of his popular songs are “comethru,” “you were good to me” and “all the kids are depressed,” which are all under the indie-pop category. The 24-year-old artist recently dropped his album “love is not dying” in April 2020.

Trevor Daniel: The 25-year-old artist from Los Angeles is most known for his song “Falling,” which got popular off of the app TikTok. The artist whose music ranges from hip-hop, contemporary R&B and alternative R&B from the exposure from social media has had the opportunity to spread his talent.

Boy In Space: Robin Lundback, who goes by the stage name Boy in Space, is a 26-year-old artist from Sweden. He released his first single as a solo artist in 2018 after leaving a Swedish band called JTR. The artist is still on the rise, but with his unique voice and songs, he has the potential to gain popularity.

Why Don’t We: This boy band consisting of five boys from Los Angeles was formed in 2016. Their pop music reminds people of the popular boy band, One Direction. Some of their popular songs consist of “What Am I” “Big Plans” and “8 Letters.” The band is currently working on writing and recording a new album.

AJ Mitchell: The 19-year-old pop artist blew up in 2017 from his at-home singing videos posted on social media. The young American artist wrote his first song at age 13. Since then, he has grown a following releasing popular singles “All My Friends” and “I Don’t Want You Back.”

Underrated song recommendation: Down in Flames