18 WHS Students Compete in a Variety of Events Remotely 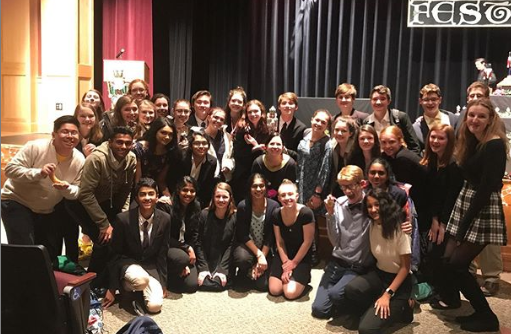 Despite a global pandemic, WHS Speech and Debate Team continues to be recognized in tournaments. The Speech team won 9th place in a virtual state tournament on May 23 and May 24, with one sophomore student winning 5th place in their category and another sophomore from the debate team also placed 5th in their category. Using Tabroom software as well as Zoom, 18 students competed alongside 30 other schools.

Tabroom, created by the National Speech and Debate Association, has been used in previous events as a way to view scheduling, room number where competitions are held and other logistical details, but during the current quarantine situation, the Zoom feature on Tabroom was essential in allowing remote entries.

“I had to find a spot in my house where I could perform, had to make my own backdrop so that the background was plain as possible, had to make sure my Wi-Fi was working and had to ensure that my family was quiet when I was performing,” sophomore Erin Ledwith said.

WHS planned to compete in a tournament in Needham, as well as the states tournament in Acton Boxborough, but both were cancelled due to the pandemic. The team has continued to meet on Monday afternoons from home and have worked together to prepare for the virtual state tournament.

“It was really difficult missing out on these tournaments after working so hard all year to qualify for the state tournament. It was nice to have the tournament online rather than not have one,” junior and 2020-2021 speech team President Gina Destito said.

Thirteen students from the speech team competed in a variety of events including play reading, radio broadcasting, informative speaking and poetry reading. The Debate team also competed with four students in the novice category and one student in the varsity category.

Ledwith competed in both play reading and declaration and was awarded 5th place in play reading. This was the second year that she had made it to states, earning bids in declaration and multiples, an event where anywhere from three to eight people compete in a group effort. This year, all three of the team’s multiples performances qualified for states, but they did not ultimately compete due to the difficulty of collaborating in quarantine. In order to qualify for states, students must earn two bids in an event, meaning that they earned top scores in the first three preliminary rounds at a tournament. In past years, students needed two bids in a certain event to qualify for states, but the National Speech and Debate Association has been more lenient for this year due to the pandemic, as well as cancelled tournaments nationwide.

Lorelei Lee also placed 5th in Novice Lincoln-Douglas debate, despite not winning enough rounds to advance to the second day of the tournament. She will be Vice President of the Debate team for the 2020-2021 school year.

“I was completely shocked when I finished fifth for speaker points,” Lee said. “They announced the school before the person’s name and because there were three other freshmen I assumed that the winner was one of them, but I was so excited to know that my work did pay off.”