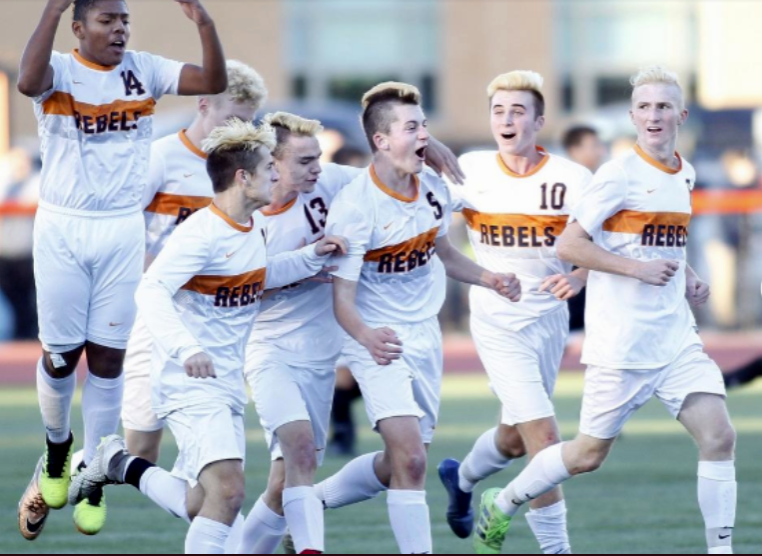 “The [Saint Michael’s] coach and I first spoke in the fall and he followed up a few times after that,” Colbert said.

Colbert had been a key player in the center of midfield throughout his Walpole High career. After receiving word from Saint Michael’s coach in October, he followed through in midfield, putting up numbers even though he was limited by a leg injury. Through the injury, he started each game possible and led the team from the center of the midfield. Coach Lee Delaney did his best to give Colbert time in the game despite his injury.

In his junior year, Colbert also battled a broken leg injury that he picked up in the first few games of the season. The injury sidelined him for a few months. He came back right on time for the playoffs, which provided a necessary boost to a team that was in need of a midfielder who could help on offense and defense.

“Once I was cleared to come back from the injury, it seemed like the perfect timing for the team and everything clicked,” Colbert said. “Our run began and we did well because of all the time we had to work together during the season.”

In the first game of the playoffs against Oliver Ames, Colbert finished off a loose ball after a corner kick, providing a goal to equalize the game at 1-1 and to keep the team’s hopes alive. That goal and game sparked a deep run which culminated in a 2-1 loss in the South Sectional finals to regional powerhouse Nauset, who had not lost a game in two years at that point.

Colbert has been a part of Walpole’s team for four years now. As a center midfielder, Colbert holds a crucial position which sees nonstop action on the field. He has started there for two years, providing three goals and many more assists in his senior year while fighting a severe injury most of the time.

Colbert is also captain of the Walpole High School tennis team and, although his senior year was cut short, the team made a successful playoff run the previous year. After his commitment in February, he is looking forward to the upcoming soccer season if the college season continues as scheduled.