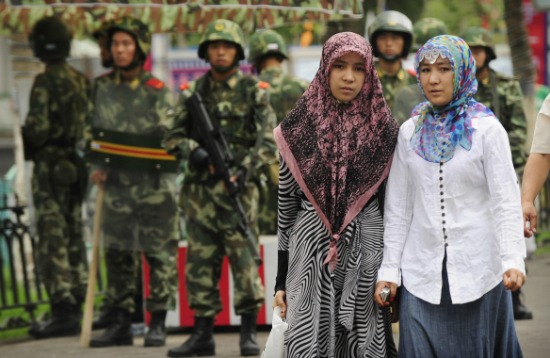 During the years between 1933 and 1945, Adolf Hitler led Nazi Germany in establishing concentration camps for Jews, Gypsies, Poles, political prisoners and more. Hitler believed that in order to achieve the peak success and the optimal status for the human race, people of different races and faiths must be exterminated.

After World War II, the world recognized the atrocities that happened, and they were quick to condemn the Holocaust, and the Nazi’s clear violations of human rights. As a result, the United Nations ratified the Geneva Conventions, which are rules that outline humanitarian treatment during wartime. These conventions also outline rules for protecting prisoners of war, non-combatants and civilians. Fast forward to the present day, nearly 90 years later. In recent years, it is no secret that China has become a rising power on the world stage. With their global influence ever-increasing, and their economy growing exponentially by the day, one has to wonder, what are the conditions of living for those who contribute to China’s success?

Unfortunately, these conditions of working and living are not even fit for animals. Since 2017, the Chinese Communist Party, or the CCP, has been operating “re-education camps” for the Uighur Muslims of China. It is widely known that there are well over 1,000 internment camps for the Uigher Muslims in China— which means that this is even a larger interment than the likes of World War II. In these camps, Muslims are monitored like prisoners and are forced to praise the communist style of government that China operates under. They are also forced to renounce their Muslim faith.

The list of living conditions provided only scratches the surface of horrible conditions created by the CCP. With such egregious human rights violations happening at the hands of the CCP, the entire world should be taking more action to prevent the advancement of these camps. In July, the Trump Administration imposed heavy sanctions on China for abusing the human rights of the Uighers. Mike Pompeo also stated that “The United States will not stand idly by as the C.C.P. carries out human rights abuses targeting Uighurs, ethnic Kazakhs and members of other minority groups in Xinjiang.”

For many years, China has been working to oppress Muslims. Ever since 9/11, China justified its institutionalized islamophobia through the lens of preventing global terrorism. In 2017, the CCP even went as far as passing an anti-extremism law that outlawed long beards and veils in public.

Although the Chinese government started the internment camps and their operations, they initially denied their existence all together. However, they soon defended them, calling them “boarding schools” or “vocational schools,” teaching citizens about the Mandarin language and the Chinese government.

Unfortunately for the Uighers, the problem lies beyond the borders of China. According to the Business & Humans Rights Resource Center, 83 brands reaching from Nike to BMW exploit the labor forced on Muslims. China enacted a policy known as “Xinjiang Aid,” under which the Chinese Government relocated some 80,000 Uighurs to certain textile factories, to work where certain American, Japanese and European companies were producing goods. However, the economic influence of these camps is larger than just companies. For a very long time, the Chinese have been interested in developing Xinjiang, the home of the Uighers, because it is rich in natural resources.

Many countries have recognized the fact that China is clearly violating human rights, but more needs to be done to protect the rights of those who can not protect themselves beyond sanctions.

In World War II, there were many Germans that were critical of the Nazi regime and the human rights violations committed by the Nazis. However, few were as critical of the Nazis as Pastor Martin Neimoller. Throughout the Nazi’s reign over Europe, he was always critical, but when discussing the Nazis’ genocidal practices, he said:

“First they came for the socialists, and I did not speak out—because I was not a socialist.

Then they came for the Jews, and I did not speak out—because I was not a Jew.

Then they came for me—and there was no one left to speak for me.”