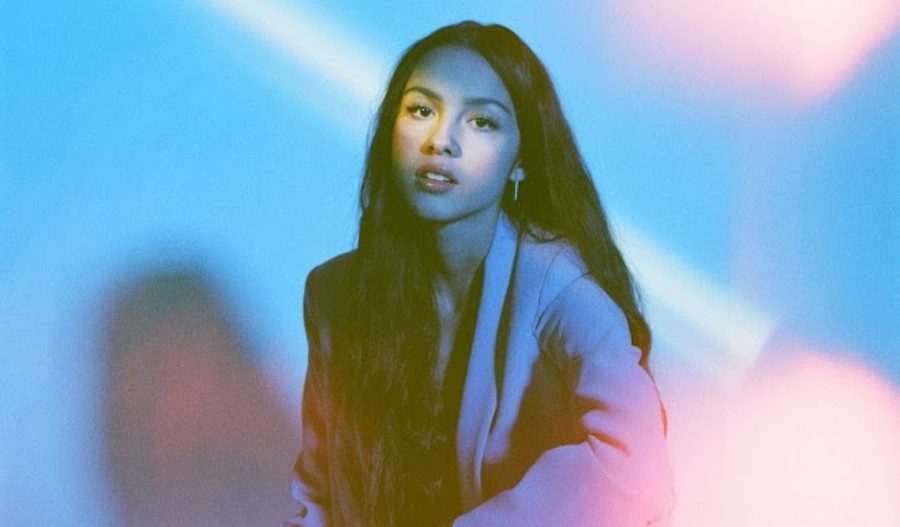 On Jan. 8, 17-year-old Olivia Rodrigo released her hit debut single: “drivers license.” Rodrigo first came into the public eye when she starred on the Disney Channel series “Bizaardvark” as Paige Olvera. However, she is known more for her role as Nini Salazar-Roberts, in the reboot of “High School Musical: The Musical: The Series.”

In the musical within the show, Nini (Rodrigo) played the part of Gabriella Montez and her co-star, Ricky Bowen (played by Joshua Bassett), played Troy Bolton. “High School Musical: The Musical: The Series” quickly blew up on Disney+ and fans started following the cast on all forms of social media. Rodrigo’s singing and songwriting career was noticed on the show when she wrote a few original songs: “All I Want,” “Wondering,” and co-wrote “Just For a Moment” with Joshua Bassett. The song “All I Want” explained Nini’s love triangle with her new boyfriend E.J. Caswell (Matt Cornell) and Ricky Bowen (Joshua Bassett). “All I Want” was a hit and has received over 193 million listens on Spotify since it came out. Rodrigo and Bassett were rumored to be dating in real life, which is not surprising because of all the chemistry that they conveyed in the show.

Rodrigo’s new single, “drivers license” has blown up across the world and is trending on all social media, especially TikTok. The song is rumored to be about Rodrigo’s co-star Bassett after he broke up with her and soon after started dating another Disney actress, Sabrina Carpenter.

Rodrigo changed the lyrics in the song from when she first posted part of it on Instagram. She originally wrote “you’re probably with that brunette girl,” but when she released the song, it had been changed to “you’re probably with that blonde girl.” This hints to the fact that the “blonde” girl is most likely Sabrina Carpenter because she has blonde hair and has been the only girl seen several times with Bassett since their breakup. Rodrigo also wrote, “she’s so much older than me, she’s everything I’m insecure about,” and Carpenter is 4 years older than her. It is also rumored that Bassett taught Rodrigo how to drive while they were dating, hence the connection between the song’s title and its discussion of a breakup.

Bassett released a song called “Anyone Else” in July 2020, which is said to be written about Rodrigo when he wanted to be with her, but at the time she was still dating her old co-star, Ethan Wacker, from the show BIzaardvark. Rodrigo wrote in her song, “I guess you didn’t mean what you wrote in that song about me,” which fans believe is a reference to Bassett’s song “Anyone Else.” “drivers license” shows the intense heartbreak Rodrigo felt as seen through the song lyrics “I know we weren’t perfect, but I’ve never felt this way for no one / I just can’t imagine how you could be so okay now that I’m gone.” Rodrigo also reveals in the song that she still loves him, which adds even more to the drama. In a statement about the song she said, “I was going through a heartbreak that was so confusing to me, so multifaceted. Putting all those feelings into a song made everything seem so much simpler and clearer”.

Neither Bassett, nor Rodrigo have spoken publicly about the breakup, but it seems to have caused a lot of tension within the cast from High School Musical: The Musical: The Series. Fans noticed the cast members, who used to be very close with Bassett, stopped commenting and liking his photos on Instagram, but continued to like and comment on Rodrigo’s. More recently, Bassett announced that he was coming out with a new single “Lie Lie Lie” coincidentally at the same time Rodrigo announced that she was coming out with “drivers license.” All of the cast members commented on Rodrigo’s post, but not one of them commented on Bassett’s. Rodrigo also reposted all of her friends Instagram stories congratulating her on her first single, except for Bassett’s story post congratulating her.

Aside from the heartbreak and drama with the song, Rodrigo’s debut single has topped the daily global charts on Spotify and Apple Music. Within the first three days of releasing the song, it sold 16,000 copies and had been streamed 21 million times in the United States. Now, the song has over 67 million listens on Spotify alone. “Drivers License” also broke the all-time record for biggest single day streams of any song in US Spotify History with 6.145 million streams, surpassing Drake’s “Nonstop” with 5.749 million streams.

Almost every news site has written articles about her and her song and people are even saying that it could be an early contender for 2021’s song of the year. Fans compare her songwriting skills to Taylor Swift’s music, which has a lot of heartbreak. Rodrigo seems to idolize Swift as she posted a picture on Instagram with the caption: “next to taylor on the us i tunes chart i’m in a puddle of tears”. Swift commented on the post saying, “I say that’s my baby and I’m really proud.” There is no doubt about it that Olivia Rodrigo is only going up from here, and hopefully she continues to release new music as fans are dying to hear more original songs.