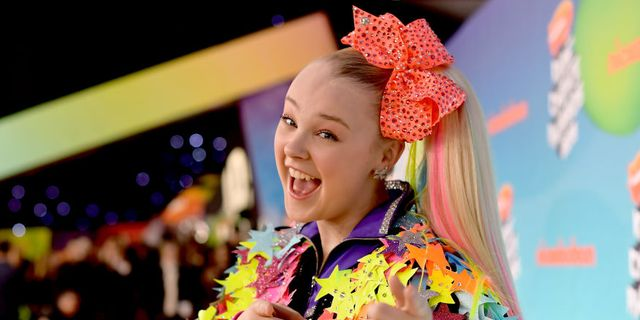 When one thinks of 17 year old Jojo Siwa, a few things may come to mind, most notably glitter. Beginning as a dancer for two seasons of the popular show “Dance Moms,” she has since gained a large social media following and is a role model for young kids. With her own brand of bows, a signature high ponytail, and songs targeted for young audiences, people may discount her as a childish D-list celebrity. But, there is more to her than her colorful aesthetic: queer representation.

Siwa officially came out on TikTok by lip syncing to queer anthem “Born this Way” by Lady Gaga on Jan. 20 and received support from dozens of social media influencers including Avery Cyrus, James Charles, Colleen Barringer and Nikki de Jager. She later confirmed that the post was in fact coming out post by posing with a shirt with text “Best Gay Cousin Ever,” and appearing in “pride house la” TikToks. Siwa has chosen to not label herself or her sexuality and instead can just be considered queer, an umbrella term for people who are part of the LGBTQ+ community.

“I think coming out has this stigma around it that it is a really, really, really scary thing. It’s not anymore, there are so many accepting and loving people out there,” said Siwa on a tiktok. “Of course there will still be people who say it is not normal, but It’s your normal, and it’s okay to be a little different.”

Siwa currently has 31.9 million followers on Tiktok, 10.4 million followers on Instagram and 12.1 million subscribers on YouTube, as well as 12 singles on Spotify and accompanying music videos. Her audience is mainly elementary aged and preteen girls, as reflected by the plethora of Jojo Siwa merchandise including Claire’s bows to light up high top sneakers. Siwa emulates a positive image for young girls to be themselves, and as said in her song Boomerang, not letting the “haters” get in the way. Siwa was also awarded a spot on the list of Times 100 Most Influential People of 2020, with a write up from Kim Kardashian West.

“JoJo Siwa is a ray of sunshine in a world that seems scary right now. As a parent, you want your kids to admire positive figures,” said Kardashian West. “There’s no one more positive than JoJo. You just can’t help but smile when you see her rainbow ponytail. She’s a great role model for children, and her optimism is more necessary now than ever.”

Siwa’s coming out is monumentous in the sense that she is a role model for younger kids, which helps normalizes being gay in a heteronormative society. With millions of young girls looking up to her, she used her platform to shape their understanding of sexuality and acceptance. Queer representation is not only important because it allows people to see themselves represented in media, but it also helps normalize queer relationships and people. While celebrities such as Kate McKinnon, Lil Nas X, Billy Porter and Laverne Cox and a myriad of other LGBTQ+ celebrities are important for expanding LGBTQ+ representation in Hollywood and the music industry, Siwa’s coming out represents a new era of young queer role models.

Additionally, she breaks multiple stereotypes by being a “girly girl” and constantly sporting glitter, dresses, skirts, ponytails, makeup, and sparkles. Gay women are typically associated with dressing more masculine, and are often portrayed in the media with short hair wearing suits and adopting less of the stereotypical feminine qualities; however, femme queer women exist and deserve the same amount of representation. Jojo Siwa is that. She is a skirt wearing, sparkly woman and her queerness does not negate that. By being authentically herself, she is able to inspire the next generation to not only be more accepting and inclusive of others, but more confident and comfortable in themselves.