#FreeBritney Movement Reveals the Dangers of Conservatorship in the Music Industry 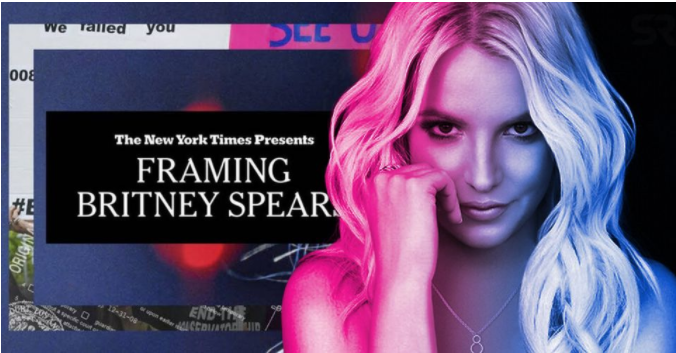 On Feb. 5 2021, the New York Times released the documentary, “Framing Britney Spears,” examining the woman’s rise as a pop star and subsequent conservatorship agreement she entered into with her father. The documentary analyzes the causes of her mental breakdown in 2007, her often cryptic Instagram posts, her relationship with her father and more. The release of the film fueled the writing of multiple news articles expressing concern over Spears’ conservatorship agreement, the vulturous nature with which celebrities are criticized and the plight of child stars. Furthermore, a wide range of celebrities have come forward with apologies for their inflammatory remarks over the singer’s past shortcomings. One such celebrity, Justin Timberlake, issued an apology to Spears in a Twitter post for villanizing her in the music video for his song “Cry Me A River.” Although the focus of the documentary is Spears’s career as a performer, it possesses much broader implications for the treatment of female media stars, the stigma pervading mental illness and the downsides of conservatorship.

Articles criticizing the body shape, weight and appearance of female celebrities have been plastered in millions of tabloid magazines across the globe. Despite the inflammatory nature of the majority of these articles, editors of magazines like the National Enquirer still capitalize on them. Moreover, Spears’s mental breakdown in 2007 acted as fuel for the writing of multiple articles examining her mental health, parenting style and lack of behavioral control. After her breakdown, insensitive jokes and mockery quickly became associated with Spears’s name. In a clip in the documentary, a game of “Family Feud” is played and the question the families must answer is what has Britney Spears lost in the past year—the revealed answers are her sanity, hair and dignity. Furthermore, the documentary provides an in-depth examination of tabloid media’s microscopic searches for the shortcomings, failures and insecurities of celebrities. Yet, this journalistic failure extends itself far beyond Britney Spears and onto the likes of American celebrities like Taylor Swift, Ariana Grande and Selena Gomez.

Furthermore, Framing Britney Spears provides viewers with an explanation of the causes for her mental breakdown in 2007. The singer was fighting a custody battle with her then husband, Kevin Federline, over her two children. Before the breakdown, paparazzi around the globe fought for photographs of Spears performing basic tasks like grocery shopping or buying coffee at Starbucks. The singer was placed under a microscopic lens by the media. Her mistakes, like driving with her child on her lap while driving, were continually ridiculed in tabloids. After her mental breakdown, tabloids like “Us Weekly” posted photos of the incident and claimed that Spears had substance abuse problems. However, it is unclear whether Spears abused drugs and if media outlets had relied on hearsay for an explanation for the singer’s breakdown. Although, the documentary makes one thing clear, mental distress and anxiety were the direct causes of her violent behavior. Yet, the microscopic examination of the actions of celebrities persists in tabloids and media outlets across the globe. Still, some like US weekly, fail to recognize the damaging effects on mental health that the invasion of a celebrity’s privacy can have.

The New York Times documentary is more than just an analysis of the singer’s career and personal life, it is an examination of the vulturous critique of celebrities and the failure for media outlets to humanize them. While it is uncertain whether the singer will ever end her conservatorship agreement, the movement continues to grow.  The documentary examines the cultural normative of dehumanizing celebrities and rallies for change. Additionally, Framing Britney Spears is a catalyst for change and a method of humanizing women in the entertainment industry.