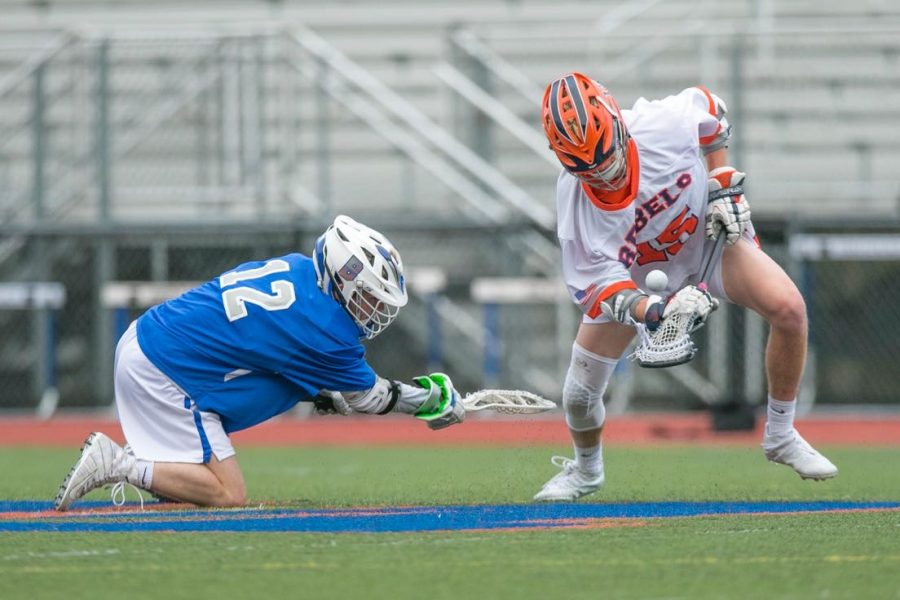 After playing lacrosse since childhood Ben Quinn made the decision to continue his academic and athletic career at UMass Lowell to play Division I lacrosse. Quinn’s athletic successes have been highlighted throughout his high school career and have led him to be a senior captain for Walpole’s hockey and lacrosse teams. He has played lacrosse for various club programs over the years, such as PrimeTime Penguins and the Coyotes.

Quinn has received a great amount of support from those around him throughout his athletic career such as his faceoff coach, Joe Nardella.

“Joe is a 2x Premier Lacrosse League champion and one of the most hard working athletes I know,” Quinn said. “I like to model my game after him, being a gritty faceoff guy and never giving up on any play.”

Quinn also credits a lot of the support to his family throughout his journey.

“My mom would be driving me all over New England on the weekends going back and forth from tournaments and prospect days,” Quinn said.

Along with the support he was given and the hard work he put in, choosing the right place to play at was not difficult given Lowell had everything Quinn was looking for in a school.

“My dream was to be able to play Division I lacrosse, close to home where my family could watch my games,” Quinn said, “UMass Lowell is in the perfect spot where it’s not too close to home, but it is not a hassle for my family to come watch me play.”

Along with these benefits, Quinn will also not have to begin this journey all alone considering he will be welcomed to Lowell by some familiar faces, including Walpole High School graduate Conor Foley and some of his former club teammates.

“My sophomore year captain, Conor Foley, has been playing extremely well at Lowell,” Quinn said. “Getting the opportunity to play with someone I looked up to as an underclassmen again is a great feeling, along with playing with a few kids from my club team’s program.”

With last year’s and this upcoming lacrosse season being affected by COVID-19, Quinn is especially excited that this will not be the end of his lacrosse career.

“I am so thankful I have the opportunity to do something that I love for longer,” Quinn said, “being lucky enough to step on the field for another four years is something that will stick with me forever.”