Dunkin’ Donuts and Starbucks Bring Back Their Holiday Drinks 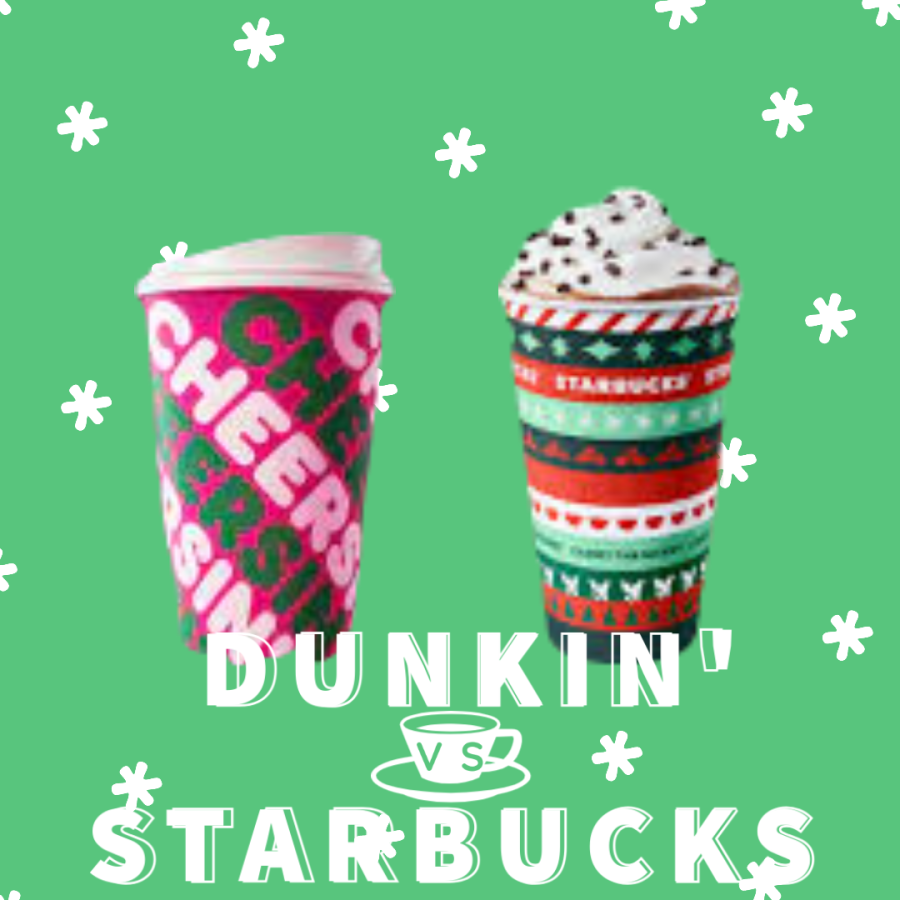 As the weather gets frosty, the holiday drinks make their way back to Dunkin’ Donuts and Starbucks. Every year, both food chains come out with their annual winter flavors that are arguably the most popular seasonal drinks on both menus. Both Starbucks and Dunkin’ bring back their most popular flavors while additionally adding some new flavors as well.

Starting off with Boston’s favorite, Dunkin’ Donuts took a step up on their menu this year, adding in new and keeping the old beloved drinks. The peppermint mocha latte is a signature Dunkin’ holiday drink that comes back annually. Peppermint mocha latte comes either hot or cold topped with whipped cream, mocha drizzle and hot chocolate powder on top. This drink perfectly combines the rich chocolate and added peppermint flavor.

In addition to a latte, there is also a peppermint hot chocolate that is available during winter. Dunkin’ provides many flavors of hot chocolate for customers to choose from including mint, but the peppermint hot chocolate is only in season during winter time. In addition to the peppermint mocha latte, they also brought back the gingerbread latte and iced white chocolate mocha. Both lattes have a very sweet and sugary taste that attracts people with a sweet tooth. The gingerbread latte represents the taste of the holidays while the white chocolate mocha latte is more of a year round taste.

On the opposing food chain, Starbucks also comes out with an impressive menu each winter season. Like Dunkin’, Starbucks brings the peppermint mocha back each holiday season. This seasonal flavor has a rich chocolate taste and a strong peppermint accent to it, served hot or iced. The peppermint mocha latte at Starbucks comes with whipped cream, mocha drizzle, and chocolate shavings on top.

Dunkin’ Donuts and Starbucks are two food chains that never fail their customers during the holiday season. Both food chains brought back fan favorites while also adding in some additional flavors to their menus.