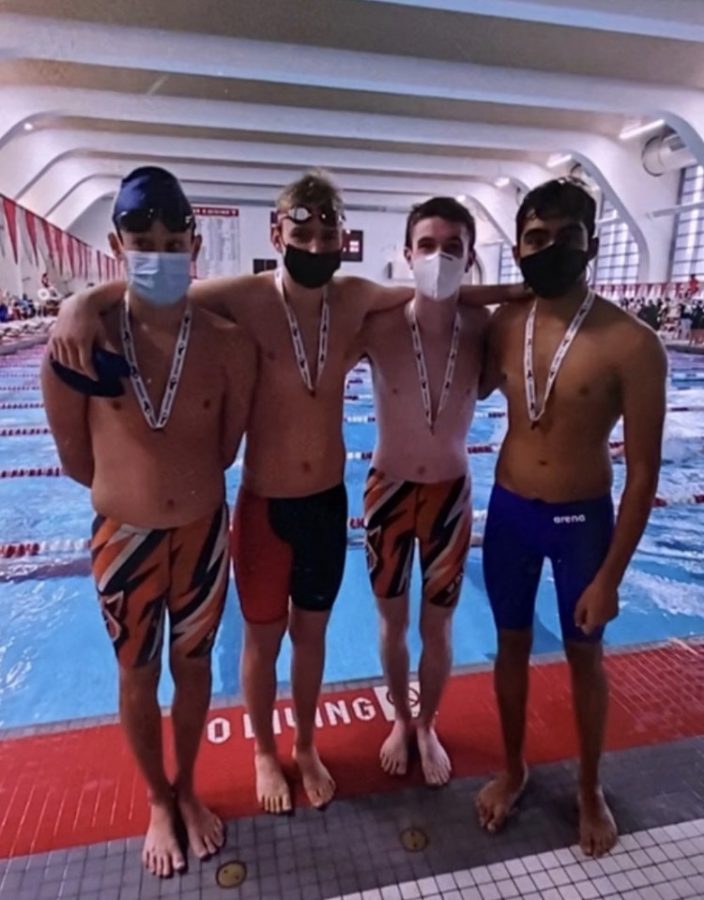 On Sunday, Nov. 7, the Walpole swim team placed in sectionals, advancing them onto the states. The states meet will take place at Wellesley College on Friday, Nov. 12. The boys team placed third overall, helping secure their spot.

Milton, Weymouth and Braintree were some of the many teams that Walpole raced against. Wellesley took the first place spot for the girls, while Milton placed first for the boys. There were a total of 14 teams at sectionals.

Casey Laliberte, one of the captains, played a crucial role in placing for the boys swim team. Committed to UMaine for swimming, Laliberte sets a high precedent for the rest of the team, helping lead them to many wins. He had a successful meet on Sunday, beating his personal record and the meet record that he had set the previous year. He, along with Liam McCarthy, Avneesh Shenoy and Ben Bahm claimed first place in the men’s 400m free relay. They also got second place in the men’s 200m medley relay.

“Most of the team got their best times of the season at sectionals,” Laliberte said. “That’s always great to see because that shows how much improvement there’s been. We’re looking to place higher at states on Friday and as a captain I’m pushing the team to work harder to continue to improve for the rest of this season as well as next year.”

McCarthy and Shenoy were victorious in their individual races as well. McCarthy placed second in the 200m individual medley race. Shenoy got second place in the 50 free race and first place in the 100m breaststroke. Laliberte was successful in achieving first place for the 200m free race and the 500m free, bringing in significant wins for the team. Captain Lily Nguyen also placed 8th in the 100m fly, out of around 20 girls.

“The team has been practicing daily this whole season,” Nguyen said. “Other than staying after school for calculus help, of course. We’re definitely ready to take on states. The seniors are excited to finish off the season at the last round of meets, especially at such a big event.”