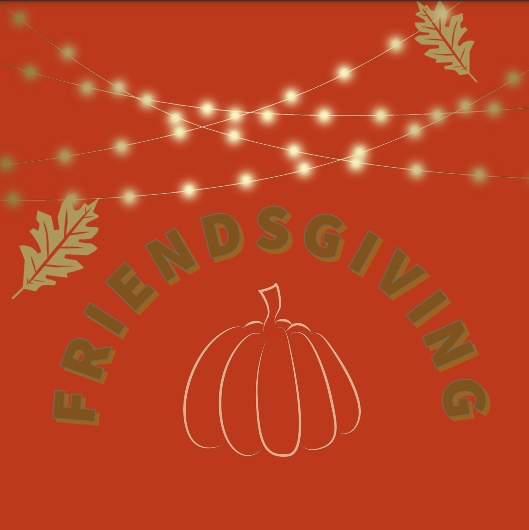 Thanksgiving is a holiday full of family time, football and good food. Now more than ever, spending time with family and friends is essential for the mind. Aside from the traditional Thanksgiving foods, there are other creative foods that one could bring to a Friendsgiving. Pull your friends together, and get ready to make some mouthwatering foods and treats.

Starting off with a popular appetizer, the charcuterie board is a very fitting starter for Thanksgiving. On this board one can include all types of cheeses, cold cuts, crackers, grapes and much more to make it their own. With this board, one can bring a drink on the side, such as wine for adults or sparkling cider for teens. This board is an easy way to put together a large appetizer with a large variety of foods that appeal to many taste palettes. Make the board as aesthetically pleasing as possible can add another fun element to the dish

Another appetizer that is quick and easy to make are deviled eggs. This recipe calls for two ingredients; eggs and mayonnaise with salt and pepper as an additional spice, if preferable. To make this appetizer, one would need to boil about six or more eggs to start. After they are boiled, cut the eggs in half and scoop out the yoke and set the yoke into a separate bowl. Next, crush up the yokes and add about two scoops of mayonnaise into the crushed yoke and mix until it is a light yellow color. Once the mixture is to your liking, scoop about a tablespoon of the mixture back into the empty egg halves. Finally, add salt and pepper on top of the filled egg halves, if preferred.

The next food could be either an appetizer or a dessert, depending on how it is served. Instead of making the classic apple pie, apple pie dip is an alternate idea. This dip consists of three items; cream cheese, cinnamon, and caramel. All three ingredients are combined and then the dip is baked in the oven until warm. Serving this dip can either be hot or cold, but hot is ideal. This dip can be served with apple slices and any kind of sweet treat, such as nilla wafers.

Instead of making normal squash with butter on top, adding cinnamon gives it that extra unique flavoring to it. Squash is one of the most famous sides at the Thanksgiving dinner table and is essential to the meal. When adding cinnamon, butter and other seasonings, the squash transforms from a normal and boring side to a fun and tasty one.