Students excel at the first in-person tournament since Feb. 2020 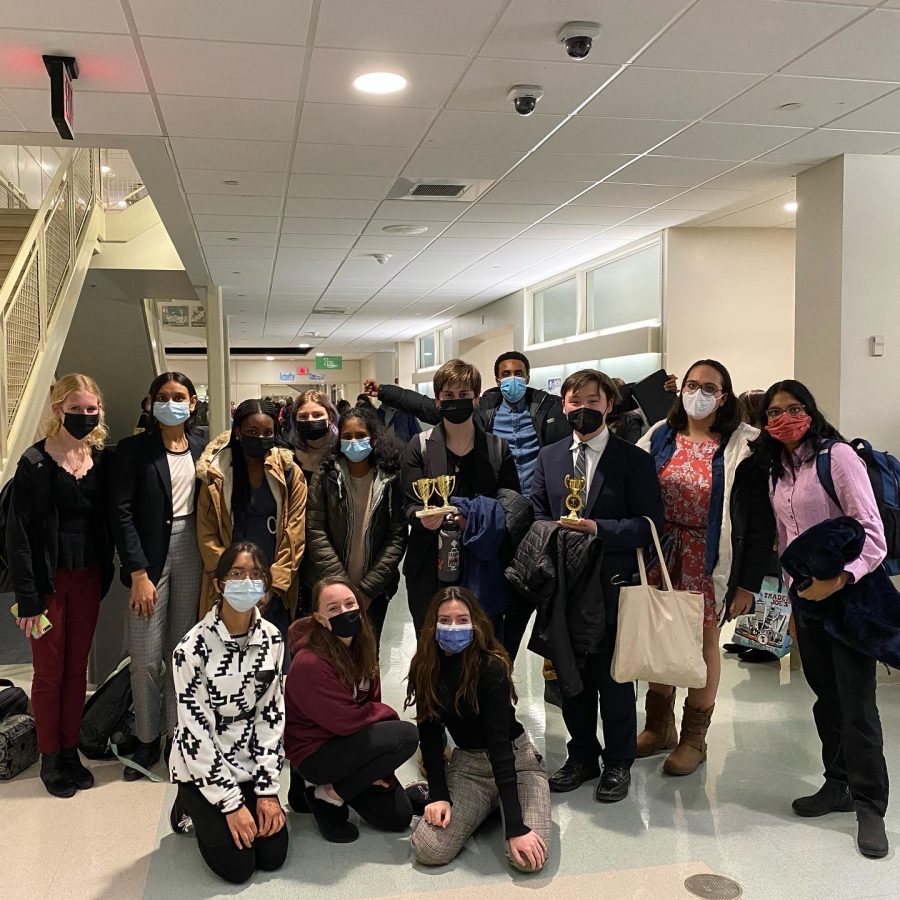 For the first time since February 2020, the Walpole High Speech and Debate team competed in-person at Lincoln-Sudbury Regional High School on Dec. 4. Walpole was among 24 schools making the return to in-person competition and earned an impressive fifth place overall despite being confined to zoom competitions for the past two years.

This strong performance was no surprise as eight Walpole students were finalists in their respective categories. Among those finalists were junior Stephen Bond and senior speech team Vice-President Erin Ledwith who each placed first in their respective categories. Additionally, for her efforts in making the transition back to in-person tournaments smooth for all, speech team President, Sophia Goodsell, was named the MVP of the tournament for Walpole by Coach Emily Murray.

While the team’s strong performance was exciting, the team is even more excited to return to in-person competition. Getting to compete together and meet other teams is usually the students’ favorite part of tournaments, so the return to in-person provides an opportunity for the team to get to know each other and other competitors.

“During virtual tournaments, we got very little opportunity to get to know other people outside of our school because it was awkward talking to someone you may not know through a screen, but during in-person tournaments, we can talk before and after rounds and get to know each other,” Ledwith said.

Although everyone is excited for the return to in-person competition, there are some advantages to the virtual format team members miss.

“I do not miss having to wear uncomfortable heels and practically run to my rounds,” Ledwith said. “During online tournaments, I would just leave one virtual room and go to another through the click of a button; however, during in-person, I have to run around the school to find my competition rooms.”

As the team looks forward to this season, they anticipate competing in many more tournaments and hope to advance as many students as possible to the state tournament later in the school year.

“I’m so excited for our team this year! We have some amazing board members, who have competed for three or four years, with great reputations and we also have some incredible novices who are showing great talent in their events. Whether it be speech or debate, we have a wonderful team that is capable of awesome things,” Ledwith said.