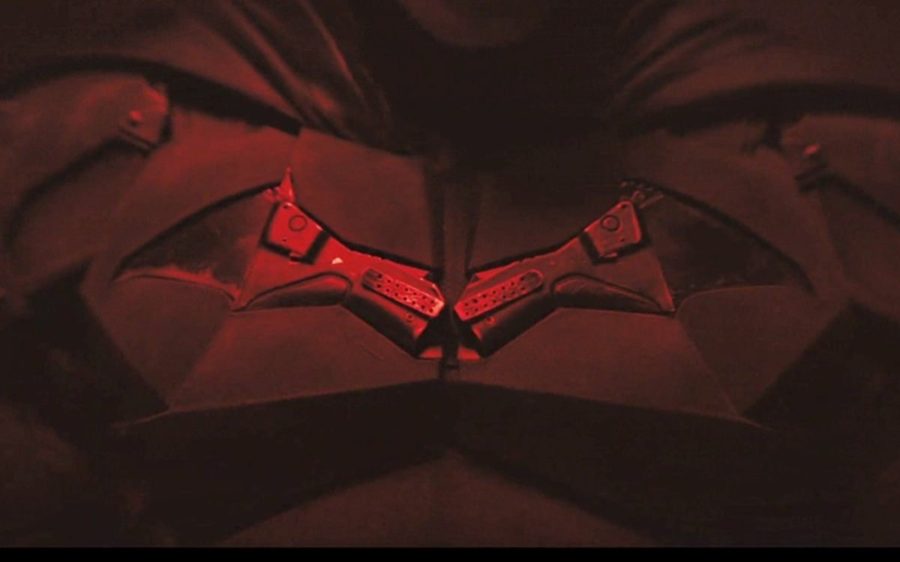 If people had wondered what a dark, edgy superhero movie would be like, “The Batman” provided a pretty good answer. It had been ten years since a solo-Batman film and fans were eager for another film starring the Dark Knight. Director Matt Reeves’ answered the call, following in the footsteps of Christpher Nolan’s critically acclaimed Batman trilogy. Although this adaptation of the caped crusader proved to be bold and risky, it has turned out to be heavily successful.

The movie focuses on a Batman who is in the midst of his second year fighting crime in Gotham, and this fighting is clearly taking a toll on him. The plot centers around Bruce Wayne, played by Robert Pattinson, who is clearly more devoted to cleaning up the streets of Gotham City rather than playing the part of billionaire playboy to those around him. Pattinson’s roots as a vampire in “Twilight” come out in full force in this film as he does a good job as a depressed and overly-angry Bruce Wayne, who would rather die than see Gotham turn over to anarchy.

While Pattinson goes down as a pretty solid Batman, this movie is really characterized by its supporting cast. Paul Dano serves as a terrifying Riddler, much different than Jim Carrey in spandex catsuits in “Batman Forever” (1995), which challenges Batman and the greater authorities of Gotham in an expansive game of cat-and-mouse. Zoe Kravitz takes up the role of Catwoman, where she and Pattinson make a good duo with chemistry that seems natural for a better part of the movie. Aside from these two, Colin Farrell is basically unrecognizable in the film as an unestablished version of the Penguin, and Commission Gordon, played by Jeffery Wright, provides Batman with a strong partner-in-crime.

Fans clearly supported a dark, detective-based Batman film as it was wildly successful after its first weekend in theaters. The movie exceeded its projections of $128 million by making about $134 million domestically, as well as making about $258 million globally. The domestic totals were good enough to claim the second-best spot for films released during the pandemic, only behind “Spider-Man: No Way Home”.

Although there is a claim from some fans that the movie lacks action, whatever action sequences that are missing are made up for in a well-developed plot that contains suspense and excitement. Dano’s Riddler creates a frightful tone similar to that of the late Heath Ledger’s Joker in the “The Dark Knight” (2008), and Pattinson’s Batman provides a fresh, cynical look that works perfectly into the plot of the movie. And while it is plausible that no Batman movie will surpass the success of “The Dark Knight,” Matt Reeves’ “The Batman” is certainly a film that will be praised by superhero fans for years to come.