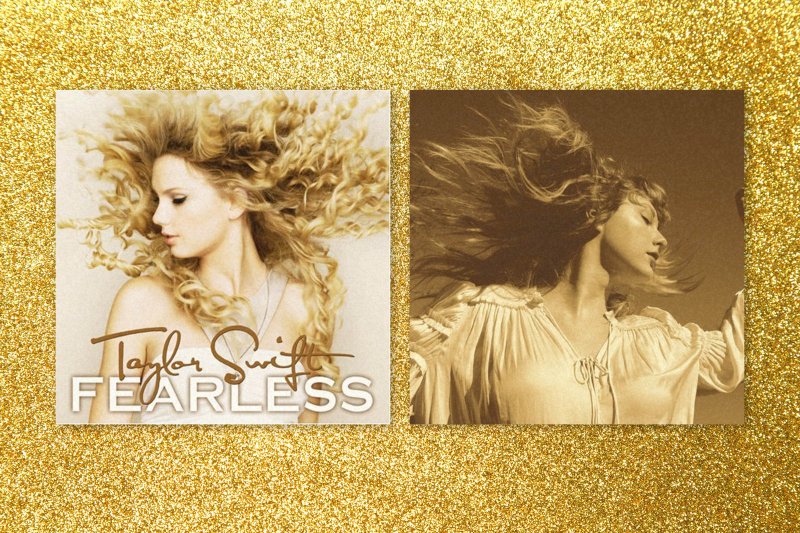 Taylor Swift: 11-time Grammy winner, three-time Time magazine Most Influential, Artist of the Decade and Billboard Women of the Year, and those are just some of Swift’s achievements. With the release of Swift’s tenth album “Fearless (Taylor’s version),” it is imperative that, as the generation that grew up as Swifties, we look back on Swift’s monumental career.

Swift has undoubtedly changed the music industry forever, so it is important to note why she has rerecorded and released “Fearless.” In 2019, music producer Scooter Braun bought Swift’s previous record label, Big Machine Records, thus giving Braun ownership of six of her albums: “Taylor Swift,” “Fearless,” “Speak Now,” “Red,” “1989” and “Reputation.”Braun refused to sell Swift’s masterpieces, so she has now rerecording the music to have complete ownership of her own music. This album also contains six “From the Vault Songs,” with the single “Mr. Perfectly Fine” gaining much popularity.

At the age of 14, Swift sang in many bars and small venues, where she was discovered and signed by record executive Scott Borchetta and Scooter Braun. From there, Swift created her first big hit, “Tim Mcgraw,” which spent over eight months on Billboards singles chart. At the age of 16, Swift released her first album “Taylor Swift,” which most notably contains “Teardrops on My Guitar” and “Our Song,” and Swift won a Country Music Award (CMA) for best new artist.

Following her success with “Taylor Swift,” Swift released “Fearless” in 2008, which was an instant success, becoming the top-selling album of 2009. This album contains some old Taylor classics including: “Love Story,” “Fearless,” “You Belong with Me”, “Hey Stephen” and, well, practically the whole album is a classic. Fearless won five AMAs and Swift won Billboards 2009 Artist of the Year. And if that’s not enough, she also won four Grammys for Best Album of the Year, Best Country Album, Best Country Song and Best Female Country Vocal Performance.

In 2010, Swift released her third album “Speak Now,” which became the highest grossing album by a female artist in history. Swift wrote and produced many fan favorites including: “Mine,” “Sparks Fly,” “Back to December,” “Speak Now,” “Long Live” and “Mean.” This album accumulated two Grammys for Swift. She also won Billboard’s Woman of the Year and Entertainer of the Year by the Academy of Country Music.

The last album of Old Taylor era is album is the masterpiece, “Red.” Prior to the release of the album, Swift released the single “We Are Never Getting Back Together,” which instantly became number one on numerous charts and became the fastest selling single in history. Later in 2012, Swift graciously released the full album, which contains her popular songs: “22,” “I Knew You Were Trouble,” “The Lucky One,” and one of Swifties’ most beloved songs “All to Well.” “Red” was number one on Billboard and Swift received AMA’s Artist of the Year.

Swift’s music career has progressed as Generation Z grew up; however, her family base is not limited to Generation Z as those younger and older than Generation Z appreciate and love her music. I am a part of the Generation Z and watched as Swift reinvented herself and her music nearly every album.

The best example of an improvement in production is comparing “Fearless” with “Fearless (Taylor’s Version).” Swift includes hints of violin in “The Way I Loved You (Taylor’s Version)” to enhance the musical production of that song. If you were to listen to any of the songs and compare them to the new ones, you can hear slight differences that add up to a whole new sound. Whether it’s a clearer voice and diction, improvement in range or the addition of a new instrument, Swift has clearly improved the production of her songs.

From “1989” to “Fearless (Taylor’s Version),” Swift has shifted to multiple different genres and done them all well. “1989” is arguably her first Pop album and also won Album of the Year for this album at the Grammy’s Awards in 2014. “1989” includes hit tracks such as “Wildest Dreams,” “Style” and “Blank Space.” From there she continued with additional Pop album when she released “Reputation” in 2017 and’ ‘Lover” in 2019. While these are Pop albums like 1989, none are similar therefore marking a period of growth and transition for Swift. “Reputation” includes a song with rapping, her first one ever, along with powerful vocals and a dark theme. Contrastingly, “Lover” has a pastel theme with songs that tribute to the LGBTQ+ community, her mother and more. After Swift made these 3 successful Pop albums, she switched to Indie Folk/Alternative with “Folklore” and “Evermore.” “Evermore” is the sister album to “Folklore,” both of them have a fairy-like, magical theme. These albums consist of many fictional stories, contrasting with her past albums that tell true stories of her own life. Such fictional stories include the love triangle in the songs “Betty” and “August” on “Folklore” and “No Body No Crime” on “Evermore.” Finally, Swift returns to her country roots through the rerecording of “Fearless (Taylor’s Version).” Not only does she rerecord her original songs, but she adds multiple “from the vault” songs, which are unheard of songs that never made it to the album.

Swift improves her lyricism with each album, curating classic songs known for their lyrics. My favorites, among many others favorites, from each album are:

Taylor outdoes her lyricism in the era of Old Taylor especially with Lover, Folklore and Evermore. My favorite examples include:

“The ties were black, the lies were white, in shades of gray and candlelight.” – “Getaway Car”

“My time, my wine, my spirit, my trust; Trying to find a part of me you didn’t take up” – “Death By A Thousand Cuts”

The Searchlight • Copyright 2023 • FLEX WordPress Theme by SNO • Log in